The Hour I First Believed by Wally Lamb 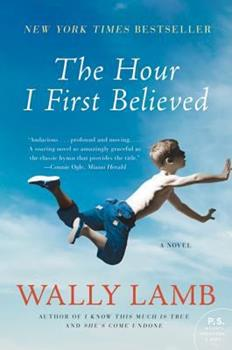 When high school teacher Caelum Quirk and his wife, Maureen, a school nurse, move to Littleton, Colorado, they both get jobs at Columbine High School.  In April 1999, while Caelum is away, Maureen finds herself in the library at Columbine, cowering in a cabinet and expecting to be killed.   Miraculously, she survives, but at a cost: she is unable to recover from the trauma.  When Caelum and Maureen flee to an illusion of safety on the Quirk family's Connecticut farm, they discover that the effects of chaos are not easily put right, and further tragedy ensues.
I was so glad when I finished this book.  It was 700+ pages that would have been much better if it had been under 400 pages.  I felt my eyes glazing over in parts, willing myself to get this damn book finished.
His First His Second by A.D. Davies 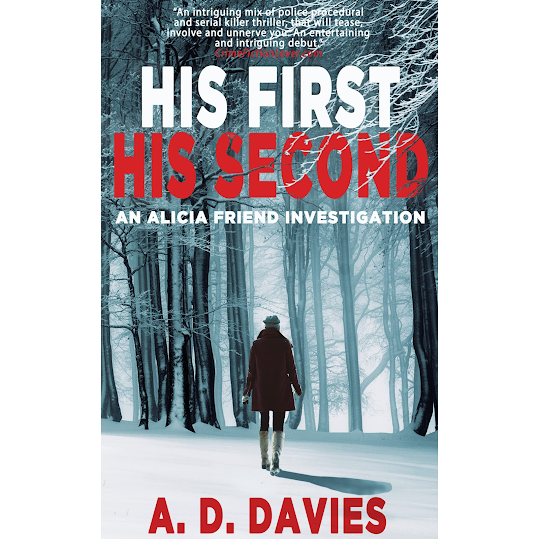 Meet Detective Sergeant Alicia Friend. She’s nice. Too nice to be a police officer, if she’s honest.
She is also one of the most respected criminal analysts in the country, and finds herself in a cold northern town assigned to Donald Murphy’s team, investigating the kidnap-murders of two young women—both strikingly similar in appearance. Now a third has been taken, and they have less than a week to chip away the secrets of a high-society family, and uncover the killer’s objective.
But Richard—the father of the latest victim—believes the police are not moving quickly enough, so launches a parallel investigation, utilising skills honed in a dark past that is about to catch up with him.
As Richard’s secret actions hinder the police, Alicia remains in contact with him, and even starts to fall for his charms, forcing her into choices that will impact the rest of her life.
I definitely enjoyed this book, it kept me engrossed to the end. It's quite a complex detective story set in Leeds, Yorkshire.  Various plots going on at the same time with several interesting characters. Lots of twists and turns and quite surprising at the end.
The Seclude Village Murders by Shelly Frome 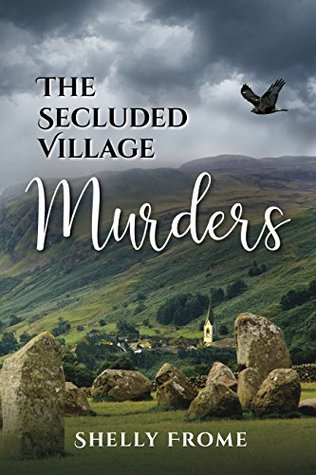 From a small secluded village in Connecticut to the English Countryside, readers are taken on a roller coaster of events and quirky characters as amateur sleuth Emily Ryder tries to solve a murder that everyone thinks was an accident.For tour guide Emily Ryder, the turning point came on that fateful early morning when her beloved mentor met an untimely death. It's labeled as an accident and Trooper Dave Roberts is more interested in Emily than in any suspicions around Chris Cooper's death. For Emily, if Chris hadn't been the Village Planner and the only man standing in the way of the development of an apartment and entertainment complex in their quaint village of Lydfield, Connecticut, she might have believed it was an accident, but too many pieces didn't fit.As Emily heads across the pond for a scheduled tour of Lydfield's sister village, Lydfield-in-the-Moor . . . she discovers that the murderer may be closer than she thought.
The above blurb pretty well says it all.  Lots of quirky characters and unbelievable happenings.  It was a quick read, which was good, but I don't think I'd read another book by this author.
One by One by Ruth Ware 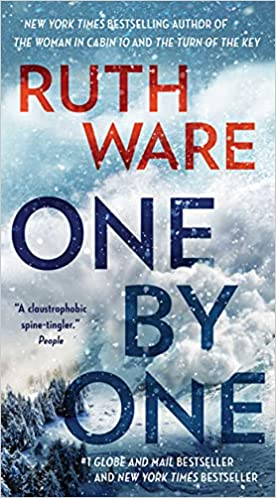 Getting snowed in at a luxurious, rustic ski chalet high in the French Alps doesn't sound like the worst problem in the world.  Especially when there is a breathtaking vista, a full-service chef and housekeeper, a cozy fire to keep you warm, and others to keep you company.  Unless that company happens to be eight coworkers...each with something to gain, something to lose, and something to hide.
I sole this short review from Goodreads as it really says it all. I did enjoy the book, maybe because of the setting and how everyone was trapped.
The story seems to move along quickly in some ways but slowly in others. There is a lot of reflection on Erin's part, as she tries to understand the dynamics of the guests and how frumpy Liz even fits in with the rest of the company employees. There is some action but then there is sitting around, as people wonder if they are ever going to be rescued. At some point we know "who done it" and have to see if they are going to do it again.
Pieces Of Her by Karin Slaughter 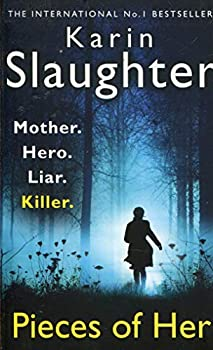 Andrea knows everything about her mother, Laura.  She knows Laura has spent nearly her whole life in the small beachside town of Belle Isle, Georgia; she knows Laura's never wanted anything more than to lead a quiet, normal life; she knows Laura's a kind, beloved speech pathologist; she knows Laura's never kept a secret.
But Andrea's life is upended when a visit to the mall is shattered by an act of horrifying violence that reveals a completely different side of Laura-a cool woman who calmly faces down a murderer.  It turns out that before Andrea's mother was Laura, she was someone completely different.  For nearly thirty years she's been hiding from the woman she once was, lying low in the hope that no one would ever find her.  But now she's been exposed, and nothing will ever be the same again.
To save her mother, Andrea embarks on a desperate journey following the breadcrumb trail of her mother's past.  Andrea knows that if she can't uncover the secrets hidden there, there may be no future for her mother-or her.
At the diner Andrea sees a side of her mother she's never seen before. So does the rest of the world as cell phone video goes viral.  Before she knows what is happening Andrea is on the run with only a list of instructions her mother gave her to follow. The story flips back and forth between 1986 and present day, 2018. The life that Laura led in 1986 was very different to 2018 but it may be catching up to her now.  A good read.
Posted by Janice at 3:12 PM