This is such a long post, only because I keep putting it off and the read pile keeps getting higher.

The Whispering Room by Amanda Stevens 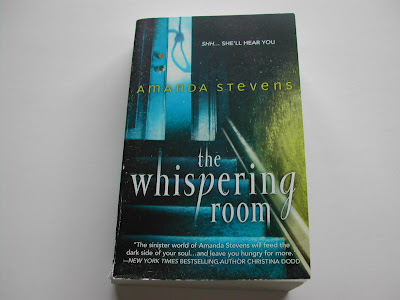 Detective Evangeline Theroux is feeling suffocated by her new baby as every time she looks at him she is reminded of her dead husband. She throws herself into her work-a high-profile murder case. Reclusive writer Lena Saunders offers Evangeline a provocative theory about the crime: it is the work of a lunatic vigilante. Lena spins the sordid story of Ruth and Rebecca Lemay, whose mother brutally murdered her male children in an insane effort to root out an "evil" gene. The girls survived and grew to adulthood-but one is carrying on her mother's grisly work. I enjoyed this book as it had a few unexpected twists and turns along the way. A good read. 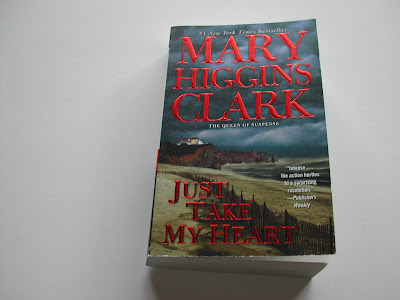 When famous actress Natalie Raines is found in her home dying from a gunshot wound police immediately suspect her theatrical agent and jealous soon to be ex-husband, Gregg Aldrich. But no charges are brought against him until two years later when a career criminal suddenly claims Aldrich had tried to hire him to kill her. The case is a plum assignment for 32 year old assistant prosecutor Emily Wallace. She spends long hours preparing for the trial and unaware of a seemingly well-meaning neighbor's violent past, she gives him a key to her house to care for her dog. The trial makes headlines, threatening to reveal personal matters about Emily, such as the fact that she had a heart transplant-especially when she experiences eerie sentiments that defy all reason and continue even after the jury decides Gregg Aldrich's fate. This is one of MHC's better stories. I've read all her books and some are not so great but I would recommend reading this one. 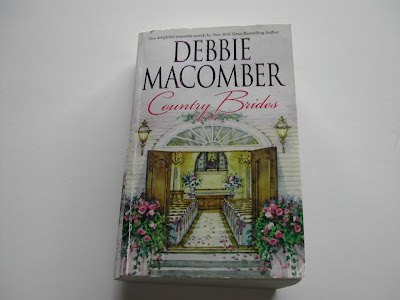 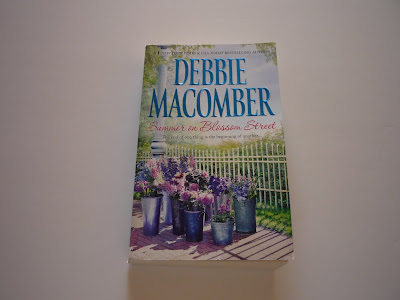 This another of the Cedar Cove books. This story is centered around Grace. She works at the library. Her husband disappeared 6 months ago. This story is about accepting that Dan, the husband and father of 2 grown daughters may never come back


The Mannning Brides by Debbie Macomber 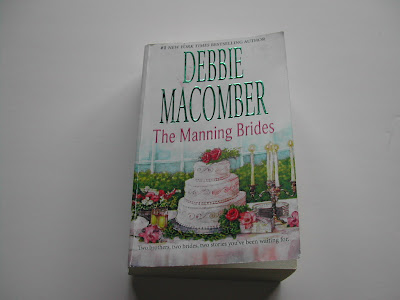 Rich Manning and Jamie Warren have always been friends-and nothing but friends. However, that changes when she asks him to father the child she so desperately wants. Rich agrees-if she'll marry him. Because he thinks their 'Marriage of Inconvenience' could become a real marriage instead. Another predictable story. There is also another story in this book that is a continuation of the first.

Just for the record I don't buy Debbie Macomber books, my mum gives them to me. She's not an author I would buy but if I'm given a book I'll read it. They are very light reading and good for a quick read.


The Best of Times by Penny Vincenzi 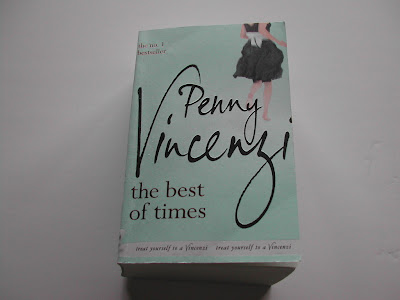 This book has 880 pages. Because it has so many pages it is difficult to read lying in bed. Also, because the book is so fat it is difficult to get the pages open far enough to read the words close to the spine. They should make the pages another half inch wide. That's my only complaint about this book. I really enjoyed the story and had it read in 4 days.
It all centers around a traffic accident on a motorway in England. The consequences of this accident that affect many lives. People are with people they shouldn't be (married men with mistresses etc.) people are on that road when they are supposed to be somewhere else and all the truth comes out. Very interesting. I recommend this book, it you can hold the damned thing open to read it. 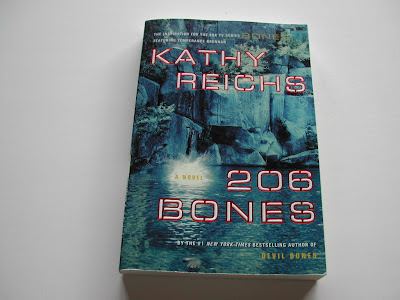 Another author that I enjoy and this book didn't let me down.
206 Bones opens with Temperance Brenan regaining consciousness and discovering that she is in some kind of very small, very dark, very cold enclosed space. She is bound, hands to feet. She slowly begins to reconstruct...
Tempe and Lieutenant Ryan had accompanied the recently discovered remains of a missing heiress from Montreal to the Chicago morgue. Suddenly, Tempe was accused of mishandling the autopsy-and the case. Someone made an incriminating phone call. Within hours, the one man with information about the call was dead. Back in Montreal, the corpse of a second elderly woman was found in the woods, and then a third. 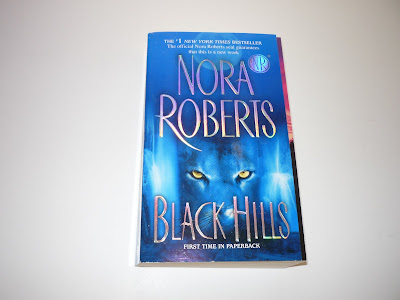 Cooper Sullivan spent summers of his youth on his grandparents' South Dakota ranch. His best friend and first romance was Lil Chance. Twelve years later he has come back to take care of his; aging grandparents and the ranch. Lil has let nothing stop her dream of opening the Chance Wildlife Refuge. Someone or something has been keeping a close watch. When small pranks and acts of destruction escalate into the heartless killing of Lil's beloved cougar, memories of an unsolved murder in these hills have Coo[ springing into action to keep Lil safe.


Remember When by Nora Roberts and J.D. Robb 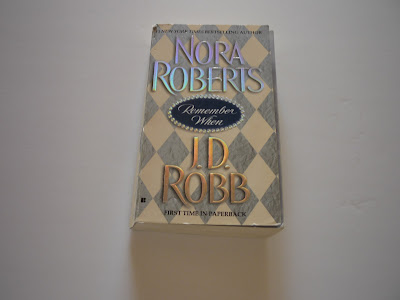 In part one Nora Roberts introduces us to Laine Tavish. She lives in Angel Cap, Maryland, and owns Remember When, an antique treasures and gift shop. Nobody has any idea that she used to be Elaine O'Hara, daughter of the notorious con man Jack O'Hara. Laine's past has caught up to her. Her long lost uncle has visited her shop, leaving a warning before dying in the street, run down by a car. Soon after her house is ransacked and now it's up to her and a stranger named Max Gannon, to find out who's chasing her and why. The answer lies in a hidden fortune that will change Laine's life.
In part two J.D. Robb takes us to New York City in 2058 and puts Detective Lieutenant Eve Dallas on the case. The treasure that Laine and Max sought has never been recovered. Now someone else is pursuing the missing gems and is willing to kill for them.


Holiday in Death by J.D. Robb 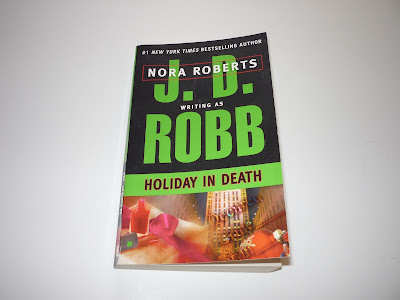 No one likes to be alone during the holidays. For New York's most posh dating service, Personally Yours, it's the season to bring lonely hearts together. Lieutenant Eve Dallas, on the trail of a ritualistic serial killer, has made a disturbing discovery. All of the killer's victims have been traced to Personally Yours. As the murders continue, Eve enters an elite world of people searching for their one true ;love, and a killer searching for his next victim.


Born in Death by J.D. Robb 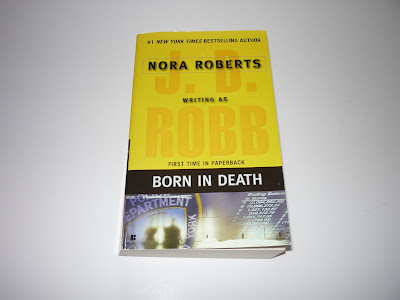 Just as Eve Dallas begins to investigate the double homicide of two young lovers, both employees of the same prestigious accounting firm, her friend Mavis needs a favour. One of the moms=to=be in Mavis's birthing class has gone missing. Eve tries to track down the missing woman, while simultaneously unearthing the deals and double-crosses hidden in the files of some of the city's richest and most secretive citizens.


Fantasy in Death by J.D. Robb 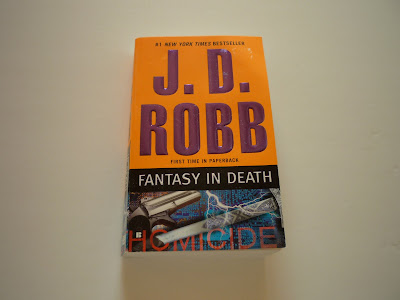 Bart Minnock, founder of the computer gaming giant U-Play is found inside his locked private playroom, in a pool of blood, his head separated from his body. This is the most puzzling case Eve Dallas has ever faced and it's not a game. Eve can't find anyone who has a problem with the enthusiastic, high-spirited millionaire. 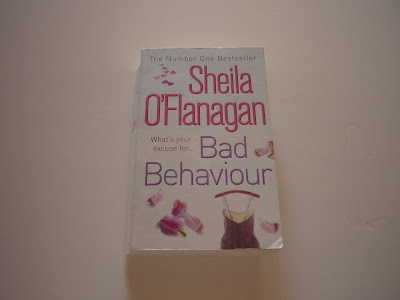 Darcy has a great career, an apartment in the centre of Dublin and a wardrobe full of designer labels. She doesn't have Mr. Right but she's not short of admirers. So why does an unexpected wedding invitation send shivers down her spine? Because the groom, Aidan dumped her for her ex-best friend. Nieve lives across the Atlantic but is coming home to get married. It's going to be the event of the year and she wants ALL her friends to be there.


Finally, that brings me up to date with books read. Why does it take so long to download and organize pictures in Blogger? There must be an easier, faster way. I just don't know it.