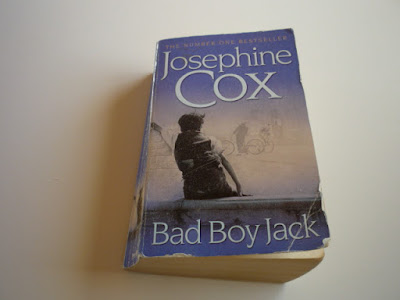 Robert Sullivan is left to raise three year old Nancy and her seven year old brother Jack.  Unable to cope, Robert is driven to abandon his children to those who he believes can provide them with a better life.  However, he quickly has a change of heart and decides to go back for them.  But on the way there, he is involved in a horrific accident.
Unbeknownst to him, Jack and Nancy are placed in the brutal regime of the Galloway Children's Home, where Jack's fierce devotion to his sister and fiery temper land him in trouble.  Clinging together, the two children find themselves at the mercy of the corrupt Clive Ennington, who splits them up and sells Nancy off to the highest bidder.
When Robert begins to recover in hospital he is determined to find and reunite his family.  But he soon begins to realise the terrible consequences of his own cowardly actions.

A Wing and a Prayer by Lyn Andrews 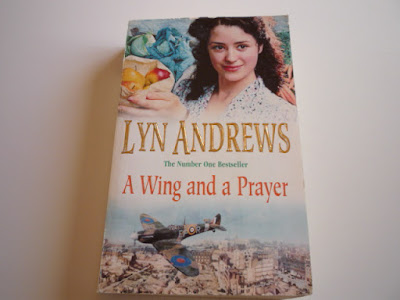 For Mary Callaghan marriage has brought heartaches and disappointment.  But with it have come joys, the greatest of which are her daughters.  And what Mary wants most for her girls is what she never had-a husband who will offer the security her own hard-drinking, free-spending, brash-talking Jack denied her.
But when Daisy confesses she's pregnant, Mary knows the future looks grim, for the father, rough, irresponsible Sam O'Grady, makes it clear that marriage is a prison from which he's determined to escape.  As Nell watches her sister sink into bitter poverty she begins to question her mother's belief in the sanctity of the vows that bind Daisy into misery.  And as the world around her grows more uncertain, with war more likely by the day, risking all for love seems to Nell a foolish game.  Especially when a marriage based on mutual respect and financial security seems to be presenting itself-along with the prospect of the child for which Nell so desperately longs. 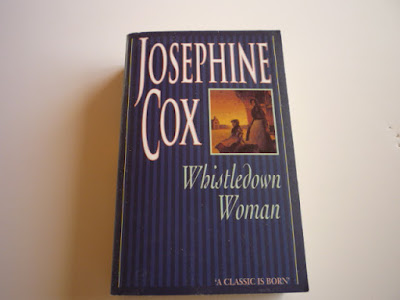 On a moonlit night in 1898, Kathleen Wyman lies in labour at Bessington Hall, her husband Edward sure that she has been unfaithful to him.  In his blind jealous rage he later gives away the baby to the gypsy Rona Parrish, summoned to help with the delivery.  Kathleen, frenzied with grief, is soon after locked away in an asylum.
Rejected by her father, the little girl begins her new life with only a valuable brooch pinned to her shawl as a clue to her true origins.  Named after Rona's own mother, the lovely raven-haired Starlena grows up in ignorance of her true parentage and vast inheritance, believing her birthplace to be the beautiful Whistledown Valley.  And Rona, always afraid, stays watchful over the years for any sign that someone might track Starlena down-someone who wishes her harm.

The Marks of Cain by Tom Knox 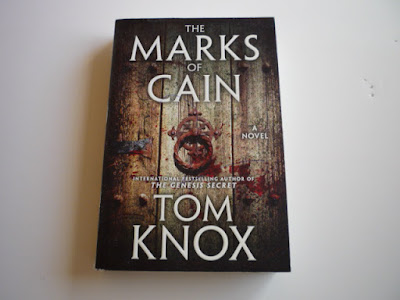 When David Martinez receives an ancient map from his dying grandfather, the unanswered questions of his orphaned past begin to reveal themselves.  The map leads David into the heart of the Basque mountains, where a genetic curse lies buried-and a frightening secret about the Western world is hidden.
Meanwhile, London journalist Simon Quinn is investigating two violent murders.  Both victims had once been interred in a top-secret Nazi camp-and both came from the same remote region.
From frozen Scottish islands to the Arizona desert, from the graveyards of the Spanish countryside to the heart of colonial Africa, their separate quests will converge to explain the shocking truth of what drives human beings to violence, genocide, and war. 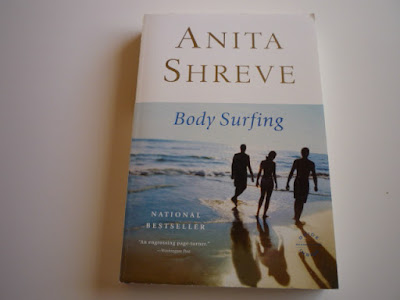 At the age of twenty-nine, Sydney has already been once divorced and once widowed.  Trying to regain her footing, she has signed on to tutor the teenage daughter of a well-to-do couple as they spend a sultry summer at their ocean-front New Hampshire cottage.
But when the Edwardses' two grown sons arrive at the beach house, Sydney finds herself caught in a destructive web of old tensions and bitter rivalries.  As the brothers vie for her affections, the fragile existence Sydney has rebuilt is threatened.

An Irish Doctor in Peace  and at War by Patrick Taylor 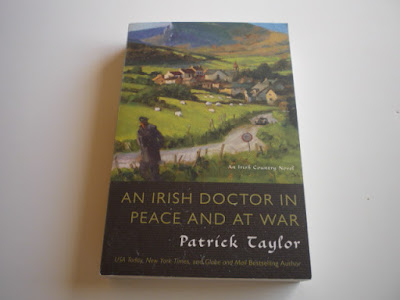 Long before Dr. Fingal Flahertie O'Reilly became a fixture in the colourful Irish village of Ballybucklebo, he was a young M.B. with plans to marry his sweetheart, Deidre Mawhinney, and settle down.  But those dreams are complicated by World War II and the call of duty.  Assigned to the HMS Warspite, a formidable thirty-thousand-ton battleship, Surgeon Lieutenant O'Reilly soon finds himself face-to-face with the horrors of war, tending to the dreadnought's crew of twelve hundred as well as the many casualties brought aboard.  Also a struggle:  remaining true to his beloved Deirdre despite temptations abroad.
Over two decades later, life in Ballybucklebo is a far cry from the strife of war, but O'Reilly and his younger colleagues still have plenty of challenges on their hands, from an outbreak of German measles, the odd tropical disease, a hard-fought pie-baking contest, and a local father whose muleheaded adherence to tradition is standing in the way of hi son's future.  Now older and wiser, O'Reilly has prescriptions for whatever ails...until a secret from the past threatens to unravel his own peace of mind. 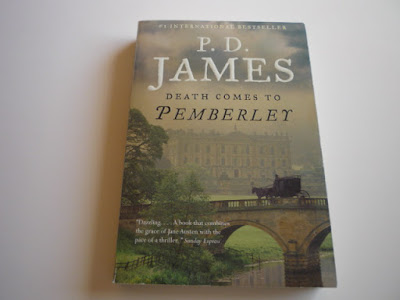 The year is 1803.  Darcy and Elizabeth have been married for six years, there are now two sons in the Pemberley nursery, and Elizabeth's beloved sister Jane and her husband, Bingley, live within seventeen miles.  The ordered, secure life of the great house seems unassailable, and Elizabeth's happiness is complete.
But on the eve of the much-anticipated annual autumn ball their peace is threatened, and old sins and misunderstandings are rekindled when a chaise appears, rocking down the path in the darkness,  As it pulls up, the youngest sister, Lydia, an uninvited guest, tumbles out screaming that her husband, George Wickham, has been murdered. 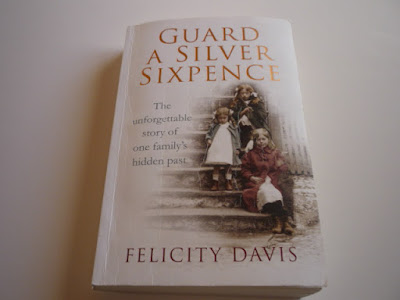 In 1903, in the mining town of Barnsley, a brutalised wife called Emily Swann lashed out at her violent husband.  Her actions brought tragedy and scandal in their wake.  Her children were ashamed, her family broken apart.
Over one hundred years later her great-granddaughter Felicity, also a victim of physical and psychological abuse, set out to uncover the secret history of her family in the hope it would heal the scars of her own childhood.
As Felicity discovered more about her mum and nan, and was led back to Emily herself, she came to see how these women had all been caught in a damaging cycle, endlessly repeating the mistakes of the past.  And she knew that she, at last, had the power to break free. 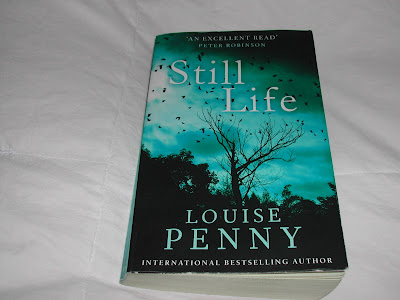 Shock and fear shudder through the village of Three Pines when one of their own is found dead in the woods, an arrow wound in her heart.  Chief Inspector Armand Gamache knows that in every Eden lurks a snake-and as he probes the baffling murder of a seemingly innocent woman, the village begins to give up its dark secrets...

The Blue by Lucy Clarke 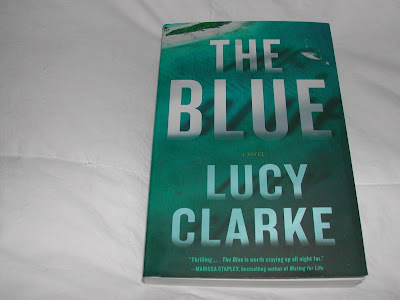 Lana and her best friend, Kitty, leave home looking for freedom-and that's exactly what they find when they are invited onto The Blue, a fifty-foot yacht making its way from the Philippines to New Zealand.  The crew is made up of a group of young travellers bitten by wanderlust, and it doesn't take long for Lana and Kitty's dreams of sea-bound romance to turn into reality.  Both women fall under the hypnotic spell of The Blue, spending their days exploring remote islands and their rum-filled nights relaxing on deck beneath the stars.  But when one of their friends disappears after an argument with another crew member, the dark secrets that brought each of them aboard start to unravel.

That's the end of the 2015 books read.  Some good, some really good, some not so good.  I think it's about the same number as last year.  I think I'd like to try and increase that number in 2016.