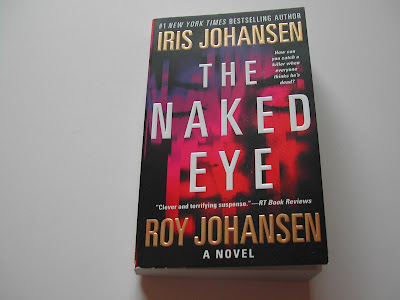 Kendra Michaels was instrumental in bringing serial killer Eric Colby to justice.  And despite his apparent execution at San Quentin, Kendra is convinced that Colby is still alive.  The problem is that she can't prove it.  Even her razor-sharp powers of observation-developed to an amazing capacity during the twenty years she spent blind, and now in constant demand by law enforcement agencies-have gotten her nowhere.
But then a reporter who very publicly humiliated Kendra is murdered.  Visiting the crime scene in search of anything that might link the brutal homicide to Colby, Kendra instead finds evidence that points to her.  Finally, Colby's master plan became clear to her: he is framing Kendra for murder.  Suspicions mount and Kendra is thrust into deadly pursuit to clear her name and catch the killer no one believes exists anymore.  A killer who is always nearby, watching...whose trail of destruction is invisible to the naked eye...and whose intentions only Kendra can see.
Apart from the very obvious love interest/connection this was a good book.  It kept you reading to see what would happen next.

The September Girls by Maureen Lee 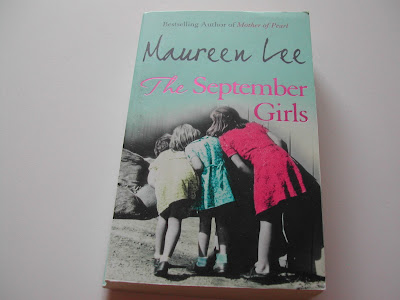 Liverpool, 1920, and on a stormy September night two women from very different backgrounds give birth to daughters in the same house.  Enemies at first, they become friends, united by their own separate troubles which turn their lives upside down.  But friendship between their daughters is another matter...
Nineteen years later, at the start of the Second World War, Cara and Sybil find themselves thrown together when they both enlist and are stationed in Malta.  It is a time that has life-changing repercussions for them both while, back home in Liverpool, the bombs rain down on a defiant city.
The September Girls is an engrossing story of two families, their loves, secrets, betrayals, and a powerful evocation of wartime Liverpool.
I always enjoy Maureen Lee books and this one didn't disappoint. 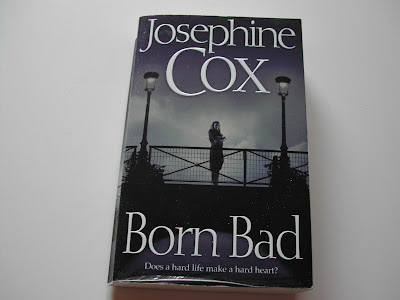 Harry always knew he would return one day...
Eighteen years ago, he made a hard decision that drove him from the place he loved.  Since then he carved out a life for himself, and found a semblance of peace.  Yet he is still haunted by the memory of the warm carefree girl with the laughing eyes.
For Judy Saunders, the pain of her past has left her deeply scarred.  Cut off from her family and trapped in a loveless marriage, the distant memories of her first love are her only source of comfort in a dark and dangerous world.
Years later, Harry is heading back.  Excited, afraid, and racked with guilt, he has little choice.  He must confront the past, and seek forgiveness.
Passionate and touching, there are parts that .are dragged out more than necessary and the ending is predictable, but it was a good read 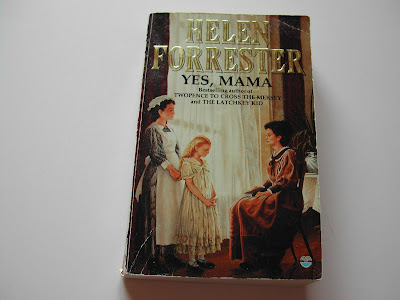 A triumph of innocence over hypocrisy.
Alicia Woodman was born into a home that should have been filled with comfort and joy.  Her mother Elizabeth was bright and vivacious, Humphrey Woodman was a prosperous businessman.  But Alicia was not Humphrey's child and he would have nothing to do with her, and before long Elizabeth, too, turned her back on her daughter.
It was left to Polly Ford, widow of a dock labourer, to bring Alicia up, to teach her to say 'Yes, Mama' and to give the child the love she so desperately needed.  In a hypocritical society full of thin-lipped disapproval, Alicia would learn that the human spirit can soar over adversity, and that, though blood may be thicker than water, love is the most powerful relationship of all...
It really is quite shocking to read how a child can spend all her life paying for something her mother did and she had no control over. 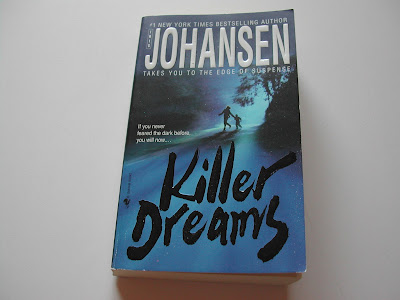 Someone is watching...
He's a shadowy figure from her darkest nightmare and he hasn't forgotten her.  In one shocking instant he'd shattered Sophie Dunston's world forever.  Now she has only one thing to live for, her son, Michael.  And their nightmare is far from over,
Someone is waiting...
As one of the nation's top sleep therapists, Sophie knows how dreams can kill.  She specializes in the life-threatening night terrors that her son suffers from-but even his worst nightmares don't compare with the all-too-real terror that's about to begin.
Someone will die...
Sophie's only ally is a man as unpredictable as he is dangerous.  Matt Royd is a wild card-hard, cool, merciless-and putting him into play changes the game completely.  But if Sophie makes the wrong move, she won't wake up screaming.  She won't wake up.  Ever.
I enjoyed this book.  I didn't want to put it down-that's always a good sign!!! 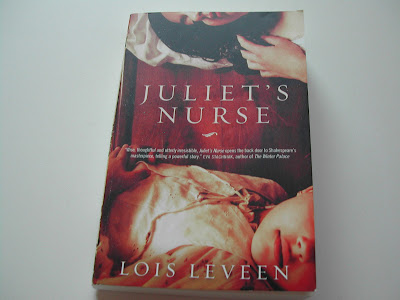 Reeling from the loss of her own day-old infant, Angelica enters the household of the wealthy Cappelletti family to care for their newborn, Juliet.  The wet-nurse takes comfort in nurturing the child but soon finds herself in familial turmoil, with young Tybalt as her only ally.  Fourteen years later, as the family's secrets-and the nurse's own deep losses-reveal themselves, five momentous days of love and tragedy will destroy an entire family.
Commemorating the 400th anniversary of Shakespeare's death, Juliet's Nurse gives voice to one of his most memorable characters. Lois Leveen tells a surprising tale of loss and resilience, revealing that Verona's deepest love is found in the bond between a grieving woman and a precious child.
Well, this is one of those books that I really had to force myself to keep reading.  I hate to give up on a book, and very rarely do, so I persevered.  I found it dragged on and on and was basically about a woman obsessed with a child that she had convinced herself was hers.  Not a book I'd recommend.  Boring.

River of Destiny by Barbara Erskine 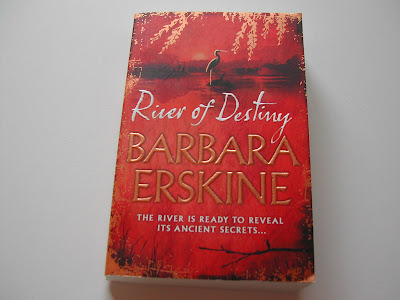 On the banks of the River Deben in Suffolk lie ancient barns dating back to Anglo Saxon times, within whose walls secrets have lain buried for centuries,
New arrivals Zoe and Ken move into one of the converted barns, ready to start a new life away from the hustle and bustle of the city.  To the outside world they seem happy, but they are growing ever more distant by the day.  Meanwhile the strange presence Zoe feels within their home and the ghostly shapes she sees through the cloying mists on the river are getting harder to ignore.
Nearby, farmers are ploughing the land beside the river and human bones are found.  Are they linked to the Victorian tragedy the locals whisper about?  What is the secret of the grassy mound which has remained untouched across many Found it very draggy and boring in parts.centuries, but has now been disturbed with seemingly devastating consequences?
I think because I had read several other books by this author I had high expectations when reading this book.   Unfortunately, I don't think it is one of her better books.

The Girl in the Spider's Web by David Lagercrantz 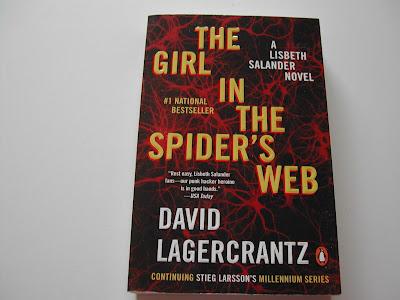 A genius hacker who has always been an outsider.  A journalist with a penchant for danger.  She is Lisbeth Salander, the girl with the dragon tattoo.  He is Michael Blomkvist, crusading editor of Millennium.  One night, Blomkvist receives a call from a source who claims to have been given information vital to the United States by a young female hacker.  Blomkvist, always on the lookout for a story, reaches out to Salander for help.  She, as usual, has plans of her own.  Together they are drawn into a ruthless underworld of spies, cyber criminals, and government operatives-some willing to kill to protect their secrets.
I think David Lagercrantz has done a good job carrying on where Stieg Larsson left off.  I didn't notice any difference in the writing from one to the other.  Great book.
Posted by Janice at 5:42 PM 4 comments:
Newer Posts Older Posts Home
Subscribe to: Posts (Atom)