Bones Are Forever by Kathy Reichs 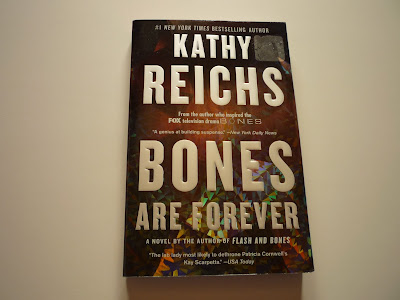 In a run-down Montreal apartment, Tempe finds the heartbreaking evidence of three innocent lives ended. The landlord says Alma Rogers lives there-is she the same woman who checked into a city hospital as Amy Roberts, then fled before doctors could treat her uncontrolled bleeding?  Is she Alva Rodriguez, sought by a man who appeared at the crime scene?  Heading up an investigation crackling with the sexual tension of past intimacies, Tempe leads homicide detective Andrew Ryan and police sergeant Ollie Hasty along the woman's trail and into the farthest reaches of mining country-an unforgiving place where the grim industry of unearthing diamonds exacts a price in blood.  And where the truths the unlikely trio uncovers are more sinister than they could have imagined.

Under the Dome by Steven King 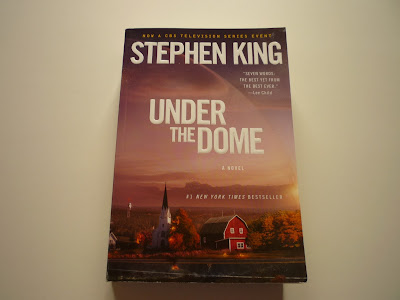 On a beautiful fall day, a small New England town is suddenly and inexplicably sealed off from the rest of the world by an invisible force field.  Planes crash into it and rain down flaming wreckage.  A gardener's hand is severed as the dome descends.  Cars explode on impact.  Families are separated and panic mounts.  No one can fathom what the barrier is, where it came from. and when-or if-it will go away.  Now, a few intrepid citizens, led by an Iraq vet turned short-order cook, face down a ruthless politician dead set on seizing the reins of power under the dome.  But their main adversary is the dome itself.  Because time isn't just running short.  It's running out.
Few things about this book.  It weighs a ton, it's oversize and has 1074 pages.  Very difficult for reading in bed.  If you saw the tv show it is very different from it.

The Beachcomber by Josephine Cox. 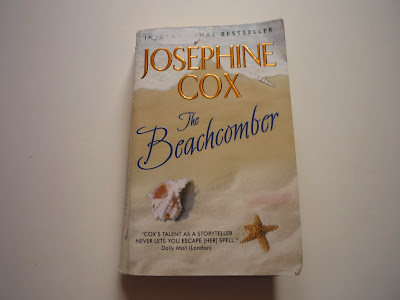 The windswept village of West Bay is hope, an escape, and a future for Kathy Wilson, who dreams of turning the empty cottage she inherited into a home free of the pain and scorn she suffered back in London.  As the summer slowly passes, she puzzles silently over her fascination with an enigmatic wanderer who strolls the beach below her window.
Tom Marcus needed a place to hide when the life he knew was brutally destroyed.  Inexplicably drawn to this captivating loner, Kathy feels a bond forming that will radically change them both.  But the shadows that haunt them will not be dismissed-until they can find the courage to open their hearts.

The Kissing Gate by Pamela Haines 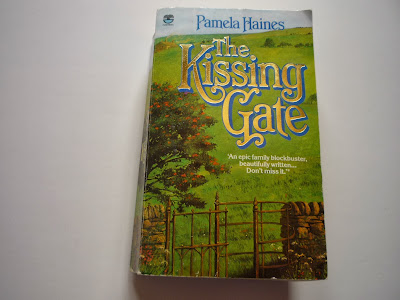 The kissing gate is at the heart of village life, and marks the beginning of the Squire's land.  It is the rescue of Squire Ingham's son by the Irish servant-girl which creates the uneasy bond between Sarah, the respectable family into which she marries, and the Squire's family.  But it is Kate, the foundling Sarah adopts, whose doomed, forbidden love for the young Squire forces the families into explosive confrontation.
One of the very few books that I gave up on.  It has 704 pages and I read about 200 but I just was so bored with it that I gave up.  I think the story was so drawn out, it could have probably been condensed into about 300 pages.

Full Circle by Mary A. Larkin 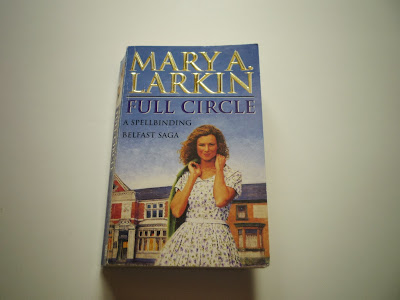 Annie has been happily married to Sean Devlin for several years when the telegram arrives: her sister, Rosaleen, is coming home to Belfast from Canada.  Annie is full of misgivings about the reunion with her beautiful sister-for many years before Sean and Rosaleen had a brief affair with far-reaching consequences.  Though their love kept Annie and Sean together, the affair nearly destroyed them.  And she is right to be wary of Roseleen's visit.  For Roseleen finds herself as attracted to Sean as ever.  But does he feel the same?  And could either of them betray Annie again?

A Painted House by John Grisham 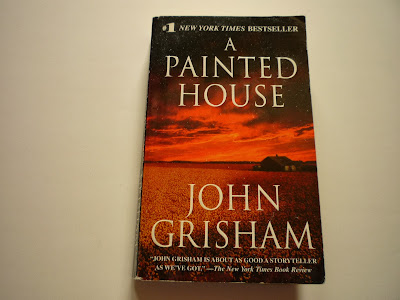 Until that September of 1952, Luke Chandler had never kept a secret or told a single lie.  But in the long, hot summer of his seventh year, two groups of migrant workers-and two very dangerous men-came through the Arkansas Delta to work the Chandler cotton farm.  And suddenly mysteries are flooding Luke's world.  A brutal murder leaves the town seething in gossip and suspicion.  A beautiful young woman ignites forbidden passions.  A fatherless baby is born...and someone has begun furtively painting the bare clapboard of the Chandler farmhouse, slowly, painstakingly, bathing the run-down structure in gleaming white.  And as young Luke watches the world around him, he unravels secrets that could shatter lives-and change his family and his town forever. 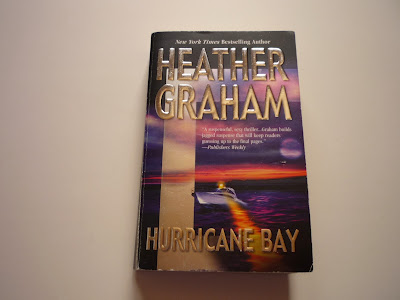 The private investigator found a photo under his door-a picture of Sheila, strangled with his tie and posed on the beach of his private island in the Florida keys.  The crime appears to be the handiwork of a serial killer currently terrorizing the Miami area.  Now Dane knows he is being set up to take the fall for the killing.  He just doesn't know why.
When Kelsey Cunningham's best friend goes missing, she confronts the one person she thinks will have information-Dane, Sheila's former lover and a man from Kelsey's own past.  Kelsey follows Sheila's tracks into a dangerous world of sex, violence and drugs, with Dane right behind her.  But the tentative trust between them shatters when Sheila's body is discovered-and Kelsey recognizes Dane's tie.
Now Kelsey doesn't dare trust anyone.  Especially a man she can no longer deny she has always loved.  Because here on Hurricane Bay, a devastating storm can hit without warning, and whether it's a tempest of unbridled passion or the desperate fury of a killer, nothing-and no one-is safe.

Well, that's it.   It doesn't seem like very many books, but I only read when I go to bed, so I guess it's not too bad.  Now if I could count all the blogs I read during the day and evening the number would be waaaay bigger!!!