The Finisher by David Baldacci 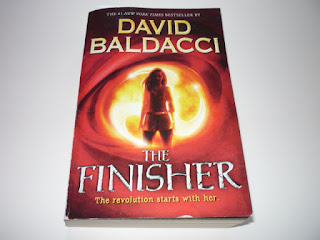 Vega Jane was always told no one could leave the town of Wormwood.  She was told there was nothing outside but a forest filled with danger and death.  And she always believed it-until the night she saw Quentin Herms run away.
Vega knows Quentin didn't just leave-he was chased.  And he left behind a trail od clues that point to a dark conspiracy at the heart of Wormwood.  To follow the clues will attract attention of influential people willing to kill to keep their secrets.  If Vega wants to stay safe, she just needs to keep her head down and her mouth shut.  There's only one problem-Vega never walks away from a fight.
This book was given to me by a neighbour who said he had never read a book like this but once he got into it he enjoyed it.  It is a scholastics book so I presume it is a book for young adults.  It is fantasy full of demons, beasts and some very bad people.  I enjoyed it and look forward to reading the next book, 'The Keeper' when it comes out in the fall.

The Keeper by David Baldacci 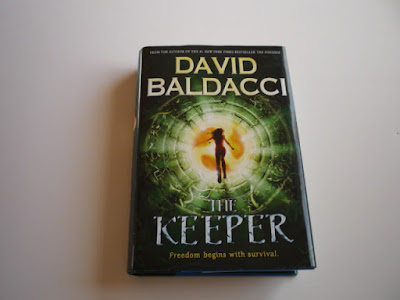 This is the second book in the Vega Jane series.

Vega Jane was always told no one could leave the town of Wormwood.  She was told there was nothing outside but the Quag, a wilderness filled with danger and death.  And she always accepted it-until the night she stumbled across a secret that proved everything she believed was a lie.
Now just one thing stands between Vega Jane and freedom-the Quag.  In order to leave Wormwood and discover the truth about her world, Vega and her best friend, Delph, must find a way to make it across a terrifying land of bloodthirsty creatures and sinister magic.  But the Quag is worse than Vega's darkest imaginings.  It's a living, breathing prison designed to keep enemies out and the villagers of Wormwood in.  The Quag will throw everything at Vega.  It will try to break her.  It will try to kill her.  And survival might come at a price not even Vega Jane is willing to pay.

I enjoyed this book as much as the first book and am looking forward to the next book in the series.