It is so cold here. Yesterday and today it was -29degrees C and with the wind chill it is -50. That is really cold. We had quite a bit of snow on Sunday and the roads are pretty slippery. A third of the student population at school has been absent. Parents don't want their kids riding on the school buses for a couple of hours and they are worried about breakdowns too. I'm so glad we have a garage and an automatic starter on the van. Makes a huge difference-no scraping!!! Just listening to the weather forecast it is supposed to warm up a bit by Thursday (-7) but we should get more snow tonight.

Finished another book. It is actually two books in one. I think most people have heard of the Divine Secrets of the Ya-Ya Sisterhood but I didn't know there was a book before it. I'm glad the first book was fairly short -2 hundred and some odd pages. I didn't really like it, it seemed to jump all over the place and had lots of characters. I only kept reading because I wanted to get to the second book. I found the second book way more interesting. Very interesting mother/daughter relationship. 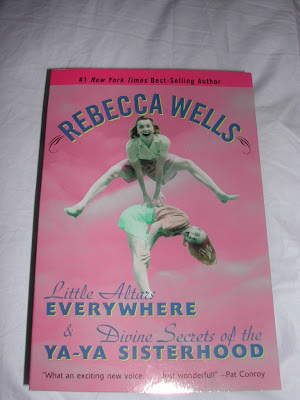 This is just a short post as I haven't really done anything other than work, and read and watch tv. It's too cold to go anywhere. Hopefully more to say by the weekend.
Bye for now.
Posted by Janice at 5:12 PM 3 comments:

I just changed the header picture. I took that picture and the ones below 5 minutes ago from my dining room window! It's been snowing since yesterday. The forecast was for 5-10cm. today. I think we're there already. 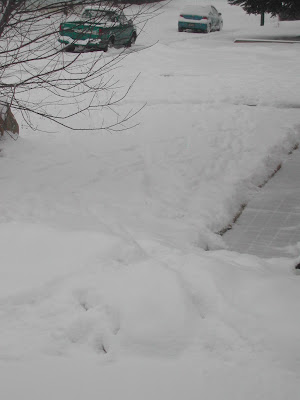 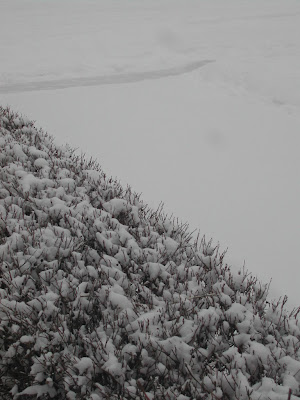 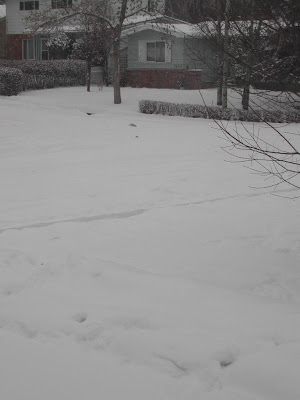 We went to a hockey game last night. We won 6-1. Great game. The tickets were the second pair we got for Christmas.
I thought I would keep track of the books I read this year. The three below are ones I read over Christmas break. Not exactly this year, but pretty close. 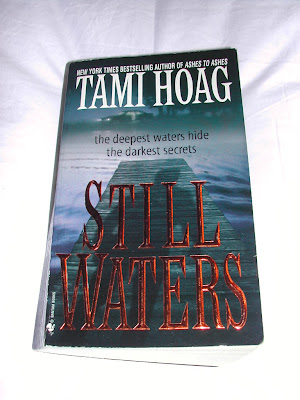 This is the first Tammy Hoag book I have read. I enjoyed it and will read more of her books. It's kind of scary and a mystery. 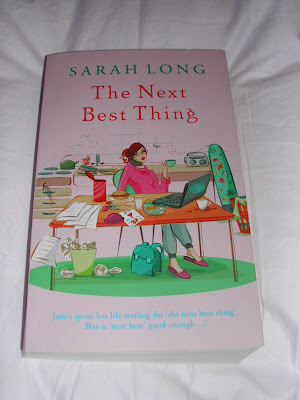 I enjoyed this book. Very light reading. Very predictable. You've figured out the end after the first few chapters, but getting there was fun reading. I think a lot of women can put themselves in the main characters shoes. 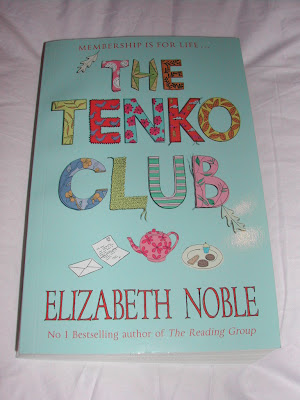 This is about 4 girls that make a pact in university to always be there for each other, no matter what, and how years later this promise is put to the test. Another very light reading but I enjoyed it.
I've been playing with my digital picture frame that I got for Christmas this afternoon. Haven't got it all figured out yet, but I've downloaded lots of pictures to it.
Time to go and make supper. We're having an "appetizer' night. Just a bunch a snackies!
Bye for now.
Posted by Janice at 4:23 PM No comments:

Here it is, 2 weeks into the new year and I haven't posted yet. Time flies!!! We have been back at school a week already, and it feels like we never left. It always takes the kids a while to get back into a routine when we have had time off so the past week was a little hairy to say the least!
Our kitchen for the program is finally finished (if you don't count the dishwasher that is leaking, the washing machine that the water doesn't go into, the paper towel dispenser that is too high, no soap dispensers, cupboards that are way too high and I'm sure I could come up with a few more things if you give me a minute). It was supposed to be ready by the time school started in September . Here we are, January, and we are finally going to start the lunch program next week and start cooking.
It's been a pretty tumultuous 4 months for the kids. New school, classrooms that didn't have dividing walls for weeks. We didn't have our sensory room for a couple of months. Then we had to move OUT of the classroom and into the half finished kitchen for a week so they could put new furnaces in the classrooms (portables). They are still in and out of the classroom fixing things, putting up bulletin boards and we still need baseboards and there's some painting still to be done. Maybe by next year it will all be finished!!
To add to all that we (the staff) have all been sick, off and on. I have had a cold every month so far. I had a cough and a cold the entire Christmas break and a 2 day migraine the weekend before we went back to work! It seems like every blog I read, they or someone in their family were sick over the holidays.
Enough of all that. Talk about out of touch. During the 80's I managed a yarn and craft store for 5 years. As you can well imagine, I have tons and tons of yarn etc. We won't even talk about the fabric store I managed after that. I received a gift certificate to a yarn store last Christmas and I had forgotten all about it. I discovered it in one of the recesses of my bag last week and thought I'd better get to that store and use it before they decided that it had expired. As luck would have it the store was closed for inventory!! But, the door was open so I went in. The staff just said hi, and let me wonder around. They offered me a glass of wine as they had been sipping and snacking as they counted yarn etc. This store was very different from the store I managed. This store was very sparse, had comfy couches and coffee tables. Yarn bins along one wall and a few stacked cubes in the middle of the store. There wasn't one textured, or knobby, or fluffy yarn in the store. Everything was very smooth, in different weights, colours and fibres. I guess I've been subjected to Michael's and the like for too long because when I saw the prices I had to do a couple of double takes. There were yarns that cost $49.95/50gm. hank.! Now granted it was cashmere but OMG how much would a sweater cost!!!!
This is what I bought. 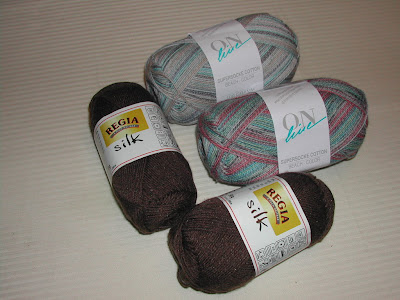 I hope everyone had a great Christmas and a fun New Years Eve.

We went to Son #1 on Christmas Eve and took our neighbours with us. There was so much food there that we could have eaten for a week, lol.

We had a great time. They have a Wii so we had lots of fun bowling and playing tennis and baseball. We received more hockey tickets and a digital picture frame. I'm hoping to get some time to play with the picture frame in the next few days.

Christmas Day had 8 of us sitting down for dinner. We had my mum and dad, BFF, son #1, DIL, and GD. We had lots of present opening first and then we all stuffed ourselves on turkey and all the trimmings.

Boxing Day meant we had to go shopping with the other million crazy people out there! We really didn't buy very much, but I always have to get my dated ornaments in the 50% of sales!!
We went to the hockey game last night. Calgary v. Vancouver. We don't usually go out on New years Eve but we received the tickets as one of our Xmas gifts so off we went. It was a little chilly -17, but it wasn't too bad. We enjoyed the game, especially as the Flames won, and they even had fireworks at the end for New years. We got home shortly after ten and because we had eaten supper so early we had a bunch of hot appetizers and cheese and crackers and wine and saw in the new year.

Today is just a lazy day doing not much of anything. My DH got an ipod for Christmas with several accessories so he is busy hooking up stuff connected with that. I've been putting away some of my Christmas dishes and taking a few more pictures of some of the new ornaments I got. I'll be taking the tree down in the next few days. We usually leave it up until after 12th night (don't ask me why, maybe 'cause I love the tree and hate taking it down!!) but I want it all down and things back to normal before I go back to work on the 7th.

Didn't make any new years resolutions, mainly because I'm not very good at keeping them. I want to figure out where I'm going with my crafting, knitting etc. Etsy was a bust for me, so I'm going to rethink that. We'll see what the new year brings.

I'm going to add a few pictures and then I'm off to make Japanese chicken for supper. 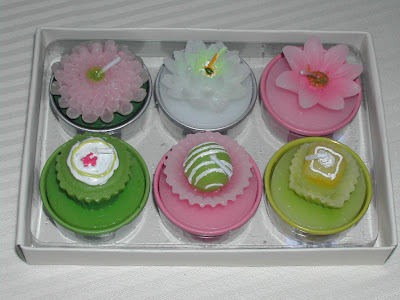 These little cupcakes are so cute, it's hard to believe that they are candles!!! 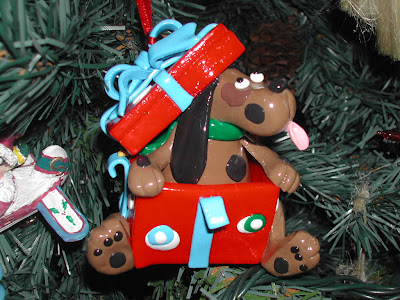 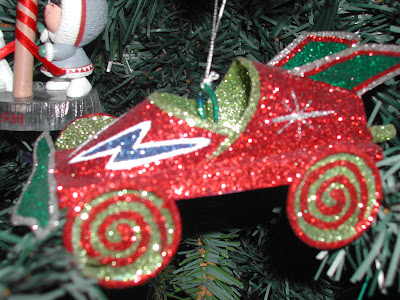 A rather sparkly race car!! 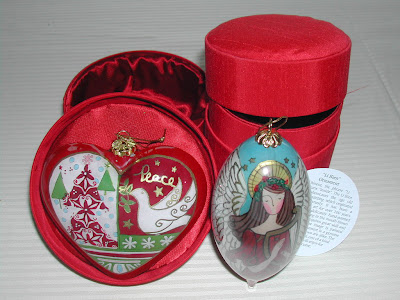 I got these ornaments at Pier 1 yesterday. They are painted on the inside and come in beautiful satin boxes.