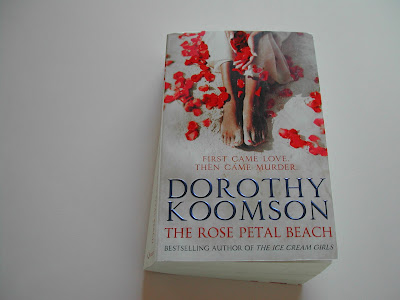 'I could kill them for what they've done to me.'  I said those words.  And I meant them at the time.  But what would you do, what would you say if your husband was accused of something terrible and the accuser is someone you trusted with your life?
That doesn't mean I wanted this to happen.  I didn't want anyone to get hurt.  And I didn't want to be scared that every knock on the door is going to be the police, coming to take me away.  What's going to happen to my children?  What's going to happen to me?

I really enjoyed this book.  It had so many twists and turns.  You think you have it all figured out and then something else happens to make you rethink the whole thing! 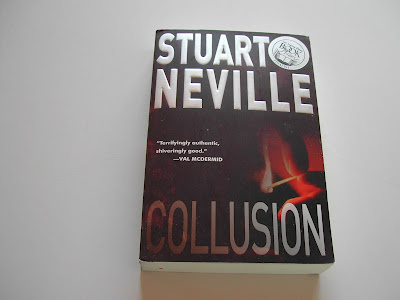 Northern Ireland's Troubles may be over, but Detective Inspector Jack Lennon of the Ulster police force is caught up in the sectarian violence that persists on Belfast streets.  Now an assassin stalks the city, tying up loose ends for a vengeance-driven old man.  Lennon unravels a conspiracy that links mob bosses and former Republican terrorists to prominent politicians.  When he touches too close to the truth, Lennon finds himself on a desperate quest to stop the killer and save his young daughter.

I really enjoyed this book.  It really helped that I had lived in N. Ireland for a couple of years in the early '70s and therefore understood the conflict and now the area.  Quite gory in parts but very exciting too. 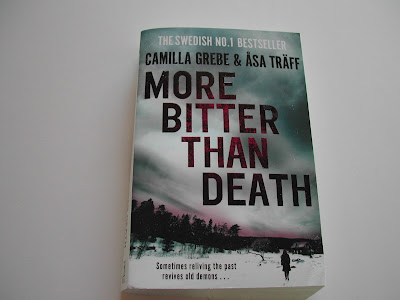 In a Stockholm apartment, five-year-old Tilde watches from under the kitchen table as her mother is brutally kicked to death.
Meanwhile, in another part of town, psychotherapist Siri Bergman and her colleague Aina meet their new patients-a group of women, all of whom are victims of domestic violence.
From Kattis, who was beaten by her boyfriend and lives under the constant threat of his return, to Malin, the promising young athlete who was attacked by a man she met online, and from Sofi, the teenager abused by her stepfather, to Sirkka, an older woman who had a troubled marriage-each woman takes her turn to share her story in the safety of the sessions.
But as the group gets closer, it is not long before the dangers lurking in the women's lives outside invade the peace with shattering consequences.  And somehow, the fate of young Tilde is intertwined with that of Siri and the other women, so that what started out as the search for peace will swiftly turn into a tense hunt for a murderer.

This was quite a thrilling, suspenseful story.  Quite scary in parts and kept you wanting to read on.


An Irish Doctor In Love and at Sea by Patrick Taylor 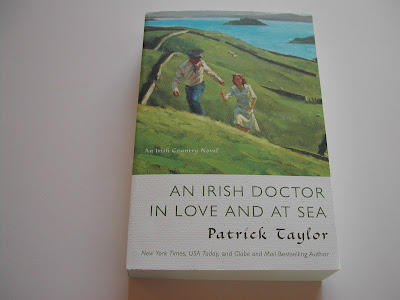 Long before Dr. Fingal Flahertie O'Reilly started looking after the colourful Irish village of Ballybucklebo, young Surgeon Lieutenant O'Reilly answered the call of duty and served his country in World War II.  Fingal wants to marry his beloved Deirdre and live happily ever after, but first he must hone his skills at a British naval hospital before reporting back to the HMS Warspite, where, as a ship's doctor, he faces danger and hardship upon the high seas.  With the Battle of Britain underway and German bombers a constant threat, the future has never been more uncertain, but Fingal and Deirdre are determined to make a life together...no matter what tragedies may be ahead.
Decades later, the war is long over. Content to mend the bodies and souls of his patients in Ballybucklebo, O'Reilly still faces changes and challenges aplenty.  A difficult pregnancy, as well as an old colleague badly in denial about his own serious medical condition, test O'Reilly and his younger partner, Barry Laverty, even as their shared practice undergoes an upheaval or two.  But even with all that occupies him in the present, can O'Reilly ever truly let go of the ghosts from his past?

This is another O'Reilly novel that shifts back and forth between his wartime experiences and his everyday life, in the present, in Ballybucklebo.  Very enjoyable light reading.


The Lake House by Kate Morton 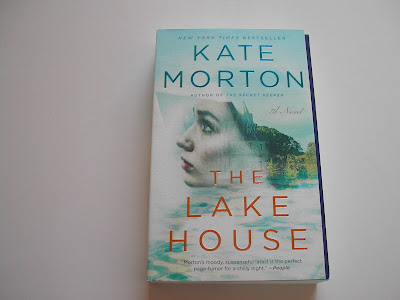 On a summer evening in 1933, Eleanor and Anthony Edevane's beautiful country home in Cornwall has been opened for a grand party.  But while fireworks bring the night to its finale, they discovered that their eleven-month-old son, Theo, has vanished from his crib.  Despite a thorough police investigation, no trace is found and, in their devastation and despair, Eleanor and Anthony close up the house and move to London with their daughters-Deborah, Alice, and Clementine-never ti return.
Seventy years later, Alice Edevane is still living in London, and is a formidable writer of bestselling mystery novels.  When she received a letter out of the blue from a young police detective, Sadie Sparrow, asking questions about the unsolved case, Alice is drawn back into the past and to the truths locked away in the Lake House.

Ths was another great story by Kate Morton.  I enjoyed it and would love to be able to go inside that house and explore.

Her Last Breath by Linda Castillo 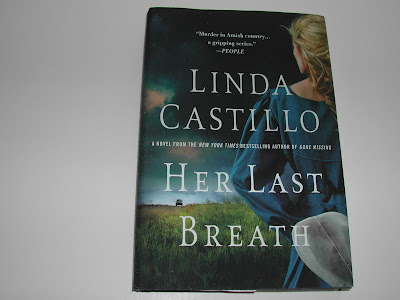 A rainy night, an Amish father returning home with his three children, a speeding car hurtling towards them out of nowhere.
What at first appeared to be a tragic but routine hit-and-run accident becomes personal for Chief of Police Kate Burkholder when she discovers that the victims are the husband and children of her childhood friend Mattie.  The Amish woman and he may be n's youngest son clings to life in the intensive-care wing of a hospital, unable to communicate, and he may be the only one who knows what happened that night.  As Kate delves into the case, she comes face-to-face with her Amish past and memories of growing up with Mattir, an extraordinary beauty whom trouble has always followed.  Then the investigation takes on a more sinister cast as evidence reveals that nothing about the crash was accidental.  Is there something Mattie's not telling her?
Desperate for answers, Kate begins to suspect she is not looking for a reckless drunk who fled the scene, but instead finds herself on the trail of a stone-cold killer living amid the residents of Painter's Mill.  It is a search that takes her on a chilling journey into the darkest reaches of the human heart and makes her question everything she has ever believed about the Amish culture into which she was born.  Will Kate discover the truth before the murderer claims another victim?  Or will this case-this killer-have her taking her last breath?

I enjoyed this book too.  Another mystery that keeps you guessing.

Not a bad last group of books to finish off the year with.  It would appear that I average between 25-30 books a year.  That's not very many as I have hundreds of books still to read.  I hope I read more this year.
Posted by Janice at 4:53 PM 2 comments:
Newer Posts Older Posts Home
Subscribe to: Posts (Atom)