Over for another year

Here it is in all its glory! 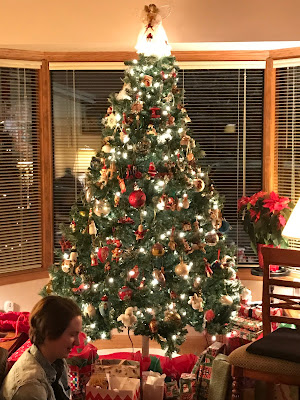 How it looked yesterday! 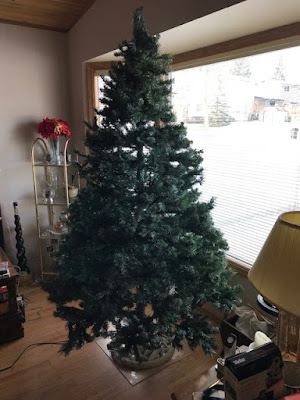 Everything back to normal until next year!! 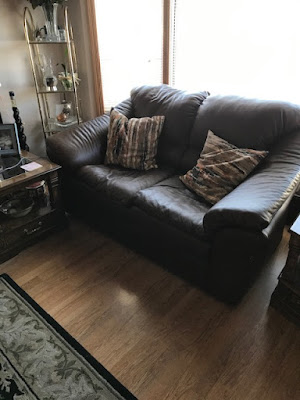 Edit:  Don't know why this post showed up here from 2015 and don't know how to put it back where it belongs!!

This is a series of books about the life of an Irish country doctor.  They are fictional but all based in truth.  The author, Patrick Taylor, was an Irish country doctor, from Bangor, who now lives in Canada.  I think he has written 10 books in the series, so far, but I have only read seven of them.  I'm keeping my eye out at the book sales for the other three.
I found these books very interesting because in the early seventies I lived in Belfast, N. Ireland for a couple of years.  The stories take place, mostly, in a fictitious village, just outside Belfast, called Ballybucklebo.  Many of the places mentioned in the books are very familiar to me, as well as the Irish way of life, as the main parts of the books take place in the sixties.
Fingal O'Reilly is the main character in the books and they cover from when he was a student doctor in Dublin through to him taking on a junior partner many years later in Ballybucklebo. 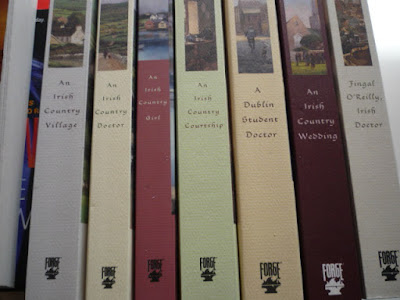 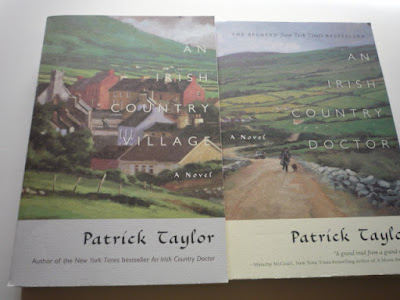 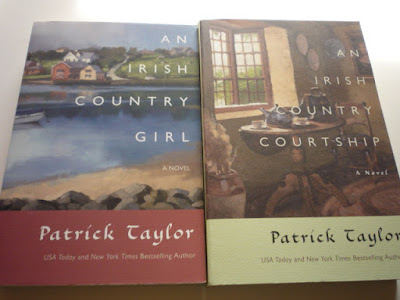 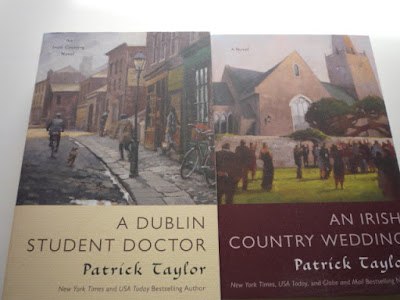 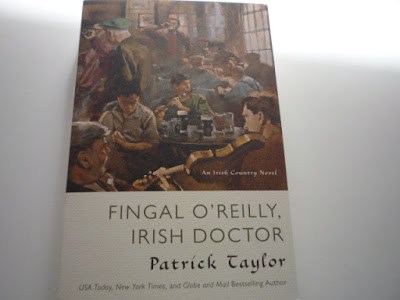 These books are very light reads and would be good summer reads.  Even more interesting if you are familiar with N. Ireland.
Posted by Janice at 12:46 PM 2 comments:

The House of Special Purpose by John Boyne 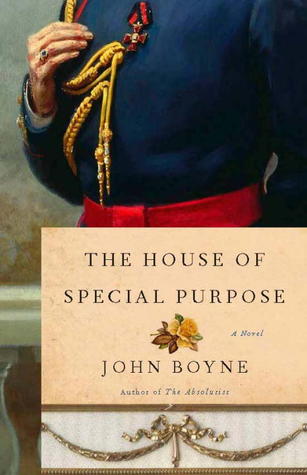 Part love story, part historical epic, part tragedy, The House of Special Purpose illuminates an empire at the end of its reign. Eighty-year-old Georgy Jachmenev is haunted by his past—a past of death, suffering, and scandal that will stay with him until the end of his days. Living in England with his beloved wife, Zoya, Georgy prepares to make one final journey back to the Russia he once knew and loved, the Russia that both destroyed and defined him. As Georgy remembers days gone by, we are transported to St. Petersburg in the early twentieth century, to the Winter Palace of the tsar, threatened by bloody revolution.
An unlikely hero, Georgy grew up the son of a peasant farmer, but an act of self-sacrifice brings him into the inner circle of the Romanovs, where he is granted the position of bodyguard to Tsarevich Alexei, son of Tsar Nicholas II and brother to Grand Duchess Anastasia.  Georgy's memories reveal shocking secrets, stripping away decades of deceit until we learn the story of the house of special purpose.
I really enjoyed this book even if there were a lot of historical inaccuracies.  I liked the way it went from the present to the past to tell the story.  I would definitely read more of this authors books. 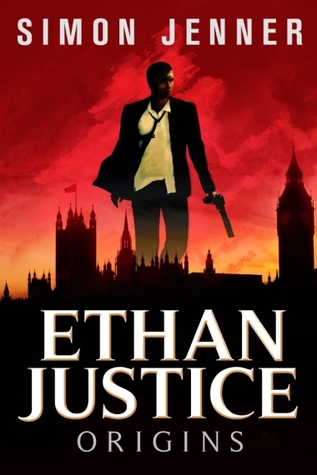 Waking up beside the gorgeous Savannah Jones, John is shocked to learn she was for hire, and he can’t pay the price - a thousand pounds or broken legs. In desperation, he turns to best friend, Mark, for the money. Only one problem - Mark has a dagger in his back.John and Savannah are plunged into a dangerous world where wits and adrenaline are their only weapons and trust in each other their only certainty. As the body count mounts, they discover Mark wasn’t the person John thought, and his terrifying invention may well end up killing thousands, John and Savannah included.A race to recover the missing invention pits the unlikely pairing against ex-SAS psychopath, Gregory Fisher, a man who will stop at nothing and kill anyone in his way to wreak revenge against the Government who stole his livelihood. When Smith and Jones team up, the result is explosive.
This is another book that I read on my phone while out and aboutkilling time.I really enjoyed reading this novel and I finished it quickly. The suspense and the action through the book just kept on coming and increased in intensity throughout to finish with the perfect ending.  This book is the first in a series and I will probably read more of them.I enjoyed watching John grow as a person, going from a guy with no real direction to becoming Savannah's hero. I enjoyed watching John develop into a decent human who was capable of many things.

East of the Sun by Julia Gregson 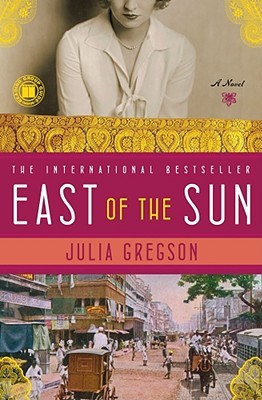 As the Kaisar-I-Hind weighs anchor for Bombay in the autumn of 1928, its passengers ponder their fate in a distant land. They are part of the “Fishing Fleet”—the name given to the legions of English women who sail to India each year in search of husbands, heedless of the life that awaits them. The inexperienced chaperone Viva Holloway has been entrusted to watch over three unsettling charges. There’s Rose, as beautiful as she is naïve, who plans to marry a cavalry officer she has met a mere handful of times. Her bridesmaid, Victoria, is hell-bent on losing her virginity en route before finding a husband of her own. And shadowing them all is the malevolent presence of a disturbed schoolboy named Guy Glover.From the parties of the wealthy Bombay socialites to the poverty of Tamarind Street, from the sooty streets of London to the genteel conversation of the Bombay Yacht Club, East of the Sun takes us back to a world we hardly understand but yearn to know. This is a book that has it all: glorious detail, fascinating characters, and masterful storytelling.

It took a while to warm up to most of the characters as they seemed to be pretty shallow. I didn't really feel I developed a deeper understanding of India, although I did feel I had a better sense of what it might have been like to be British during that time in that place. Watching Viva evolve as a woman was a interesting, as did Tor's growth. Rose  could have been a little better - I feel as though I didn't get enough closure regarding her troubles with Jack. I felt for sure he should have been killed off, but he apparently lived to the end of the book. I enjoyed the characters different journeys ...all arriving in the same party and living such different lives so close together. Full of hope and excitement these young women are far from prepared for all that lies ahead of them in India. All looking for that fairy tale ending the girls all become close friends as they mature into stronger individuals.
The young man Guy who is the third young person whom Viva chaperones on the journey, turns out to be a most unpleasant and confused young man due to mental health issues, that were not properly understood. He actually turns out to aggravate a lot of the problems they later have in India and I don't think his story line had a proper conclusion.
Posted by Janice at 8:57 AM 1 comment:
Newer Posts Older Posts Home
Subscribe to: Posts (Atom)