Down Our Street by Lena Kennedy 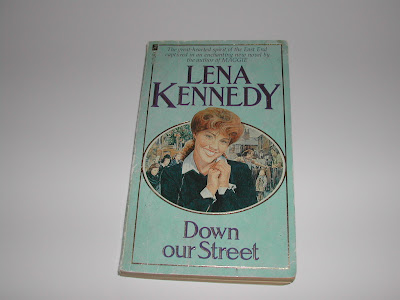 Amy is the apple of her mother's eye, she's the youngest of 13. With the outbreak of WWII the Flanagan family is sundered, shaken from their crowded nest in London's East End. Joe id made a sergeant, fighting in France. Billy volunteers for the Army Transport, young Dan fulfils his dreams and joins the RAF. The young ones are evacuated from the war torn capital-the girls to Devon and the boys to a school in the Midlands they reckon is worse than Colditz
The war brings tragedy-even the old home is in ruins, bombed and shell-splintered. It's Amy, with her fierce courage and determination, who pulls the family back together. Then handsome Sparky, full of wicked charm and Cockney banter, walks into her life and wins her heart. Turbulent happy years follow; times of great joy for Amy and times of bitter heartrending when family ties war against the needs of her feckless husband.
Quite a few surprises along the way, an interesting read. 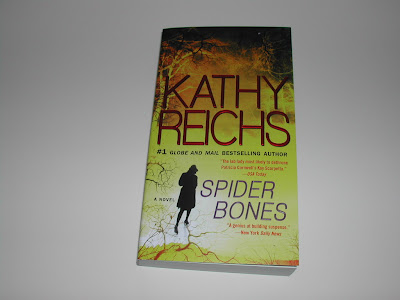 When Tempe Brennan is called to the scene of a Quebec drowning, shocking discoveries await. The victim-identified as John Lowery-was engaged in a bizarre sexual practice when he died; and the same John Lowery was an American soldier declared dead in 1968, after a Huey crash in Vietnam. Who then, Tempe sets off to find out, is buried in the vet's North Carolina grave? Exhuming the remains and having them analyzed at a military compound in Hawaii gets complicated when Tempe's ex Detective Andrew Ryan, appears....and when a Honolulu ME consults with her on who or what lethally attacked a young victim-a shark, or a more sinister predator? And when Lowery's dog tags turn up linked to yet another corpse, Tempe must deconstruct a twisted tale of death that spans years, continents, and too many tragic losses.
Kathy Reich is one of my favourite authors but I must say I found this book rather confusing keeping all the corpses organized as to who was who.


A Time for Us by Josephine Cox 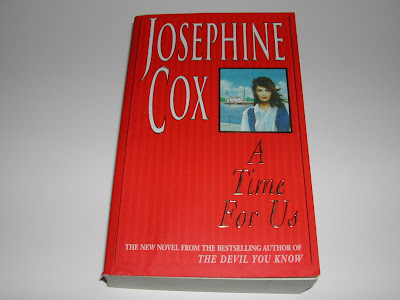 Lucy Nolan is the golden girl. The only daughter of local grocers, Sally and Mike Nolan, she's grown up in a home of total love and security. The one thing her heart desires is that Jack Hanson might ask her to marry him, and when he does eventually propose, Lucy is prepared to give up everything to be with him-even though it means leaving her beloved parents to live abroad where Jack has been offered an exciting business opportunity.
But then, almost on the eve of the marriage itself, tragedy strikes. And for the rest of her life, Lucy is forced to realise that Fate, which has been so kind to her, can also be just as cruel.
I found this an interesting read and do enjoy most of Josephine Cox books.


Love by Design by Nora Roberts 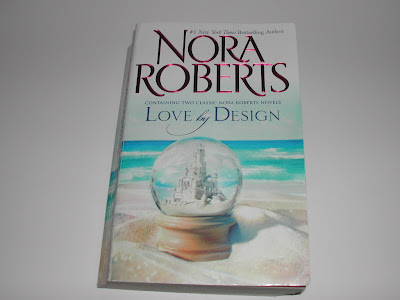 Two books in one
Loving Jack
Somehow her own fictional brooding hero had turned up in person right under her own roof, and now all romance writer Jackie MacNamara had to do was convince stubborn Nathan Powell that happily-ever-after began at home-with her.


Best Laid Plans
She was the sexiest thing in a hard hat that architect Cody Johnson had ever seen, but structural engineer Abra Wilson also had a will as strong as a steel girder-and just about as flexible. But Cody has plans for Abra that not even this spirited beauty could resist. 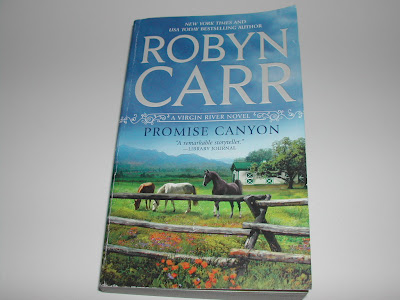 After years spent on ranches around Los Angeles, Clay Tahoma is delighted to be Virgin River's new veterinary assistant. The secluded community's wild beauty tugs at his Navajo roots, and he's been welcomed with open arms by everyone in town-everyone except Lilly Yazhi. :i;;y has encountered her share of strong, silent, traditional men within her own aboriginal community, and she's not interested in coming back for more. In her eyes, Clay's earthy, sexy appeal is just an act used to charm wealthy women like his ex-wife. She can't deny his gift for gentling horses, but she's not about to let him control her. There's just one problem-she can't control her attraction to Clay. 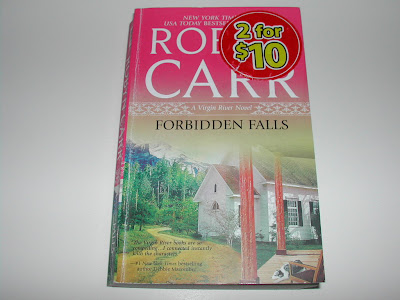 Noah Kincaid arrives ready to roll up his sleeves and revitalize his new purchase, but he's going to need some help. An ad in the local paper brings an improbable candidate his way. "Pastor's assistant" is not a phrase that springs to mind when Noah meets brassy, beautiful Ellie Baldwin. With her colourful clothes and even more colourful past, Ellie needs a respectable job so she can regain custody of her children. Noah can't help but admire her spunk and determination and she may just be the breath of fresh air he needs.
This unlikely duo may come from two different worlds, but they have more in common than anyone would have expected. And in Virgin River lasting happiness in never out of the question.


The Shipping News by Annie Proulx 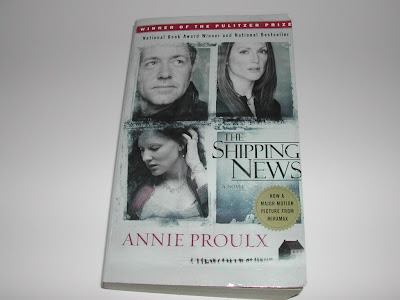 When Quoyle's two-timing wife meets her just deserts, he retreats with his two daughters to his ancestral home on the starkly beautiful Newfoundland coast, where a rich cast of local characters and family members all play a part in Quoyle's struggle to reclaim his life. As Quoyle confronts his private demons-and the unpredictable forces of nature and society-he begins to see the possibility of love without pain or misery.
I found this book very difficult to stick with, even though I did finish it. I kept thinking it would get better, but it didn't. Sorry I wasted my time. 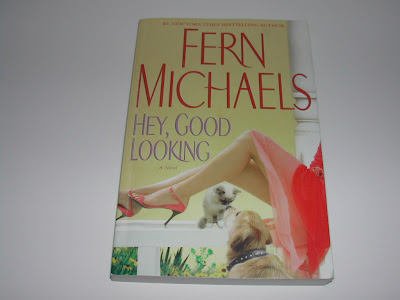 Darby Lane and Russell Gunn had been inseparable friends from their early years in the Horseshoe, their wonderful Baton Rouge neighborhood of southern comforts and childhood fancies, all the way through to graduate school dreams and beyond.. Then a tragic accident takes Russ's life-and Darby's world is shattered. But her long journey to healing takes hold as Darby begins to see Russ's brother Ben through new eyes. Suddenly love blooms in the place of grief, and now, with the help of three wily and colourful aunts who raise her, Darby faces the challenge of reuniting Ben with his estranged father-if she and her aunts can get through the conniving schemes of Ben's social-climber stepmother, Like the custom dollhouses Darby creates with tender care and patience, she begins to understand that loss can build new life-and love truly can conquer anything.
I found this to be a very silly but funny read.


The Girl with the Dragon Tattoo by Stieg Larsson 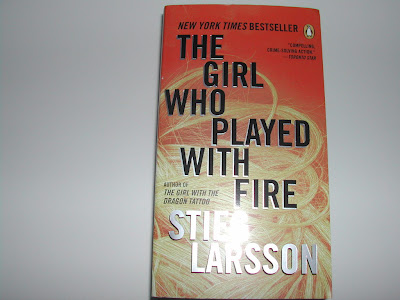 Harriet Vanger, scion of one of Sweden's wealthiest families, disappeared over forty years ago. All these years later, her aged uncle continues to seek the truth. He hires Mikael Blonkvist, a crusading journalist recently trapped by a libel conviction, to investigate. He is aided by the pierced and tattooed punk prodigy Lisbeth Salander. Together they tap into a vein of unfathomable iniquity and astonishing corruption.
I enjoyed this book as much as the first book, The Girl Who Played with Fire. I'm awaiting the third book to come out in paperback.


The Woman Who Left by Josephine Cox 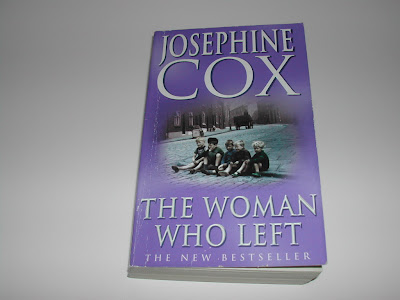 Louise and Ben Hunter have a happy, loving marriage, marred only by their unfulfilled longing for a child. Living and working with Ben's father, Ronnie, they quietly accept their uneventful but contented lives. But when Ronnie dies, their whole world changes. News of his father's passing bring Ben's lazy brother, Jacolb, back on the scene, in the mistaken belief that he stands to inherit Ronnie's small fortune. Added to which he means to have his brother's wife, though just as she did years before, Louise warns him off. Jacob, however, is not so easily dismissed. When he realises it is Ben who will inherit everything, Jacob is beside himself with rage, and commits a terrible deed, one that threatens to destroy everything his brother and Louise hold dear-their home and their family, their friends, their marriage and even their lives.
I enjoyed this book, but certainly had its sad moments.


Phew, that's it, all caught up. I find putting pictures into a blog post is the most time consuming, frustrating process. There has to be a better way. Maybe there is and I don't know about it!!!Then when you have it all spaced correctly and saved and you publish the post there are huge gaps all over the place. Drives me crazy!!