Still reading but not much else happening!


The Shadow of Your Smile by Mary Higgins Clark 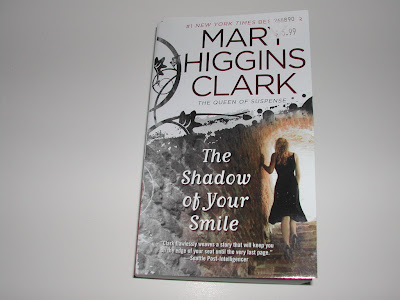 At age 82 and in failing health Olivia Morrow faces a momentous choice: expose a devastating family secret, or take it with her to her grave. Olivia has in her possession letters from her deceased cousin Catherine, a nun now being considered for beatification by the Catholic Church. The letters are evidence that Catherine gave birth at age seventeen to a son she gave up for adoption. The young man who fathered Catherine's child, Alex Gannon, went on to become a world-famous doctor and scientist. Now, thirty-one year old pediatrician Dr. Monica Farrell, their granddaughter, stands as the rightful heir to what remains of Gannon's fortune. But to silence Olivia and prevent Monica from learning the secret, those who are exploiting the inheritance will stop at nothing-even murder.


Indulgence in Death by J.D. Robb 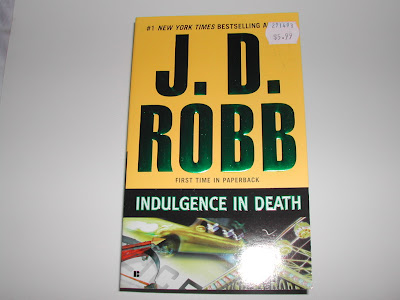 When a murder disrupts the Irish vacation she is taking with her husband, Roarke, Eve realizes that no place is safe- not an Irish wood or the streets of the manic city she calls home. But nothing prepares her for what she discovers upon her return to the sop shop in New York.
A limo driver is shot through the neck with a crossbow. Then a high priced escort is found stabbed through the heart with a bayonet. Eve begins to fear she has come across the most dangerous criminal: a thrill killer, and one with a taste for the finer things in life-and death'
As time runs out on another innocent victim's life. Eve's investigation will take her into the rarefied circle that her husband, Roarke, travels in-and into the perverted heart of madness.


Lap of Luxury by Kristine Rolofson 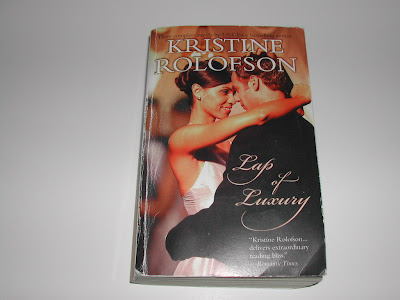 The perfect husband-once upon a time there was a fair maiden who found a sleeping prince on her doorstep. But the fantasy had one catch...
Stuck on you-who would have thought hanging wallpaper would lead to the perfect man and the perfect ready made family? Still-it was turning into a sticky situation.
Make believe honeymoon-a jilted bride, a sexy duke-a make believe honeymoon to die for. Except marriage wasn't on the menu.