20 minutes of torrential rain, wind and hail is all it took to completely trash all my plants.  They were so full of flowers that none of the greenery was visible.  Not any more.  They looked a lot better in my previous post of June 18th and they weren't completely filled out at that time.  The poppies in my last post-gone. 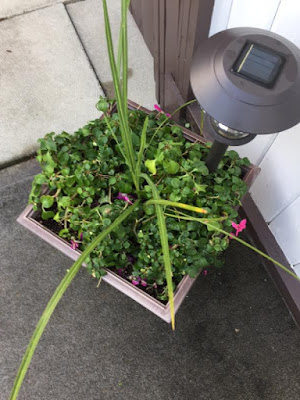 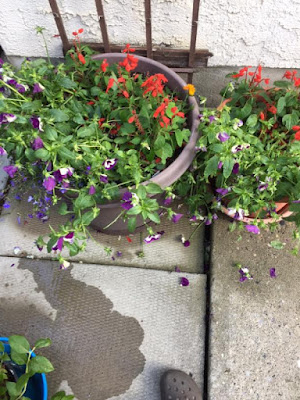 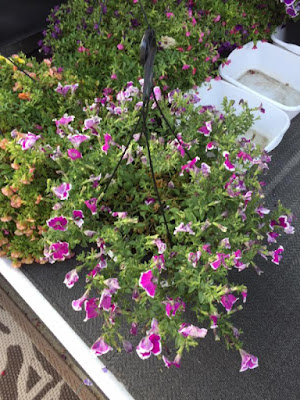 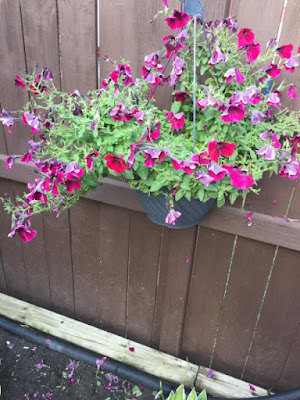 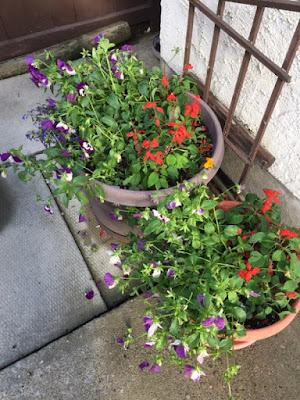 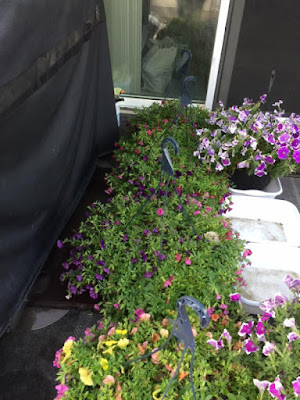 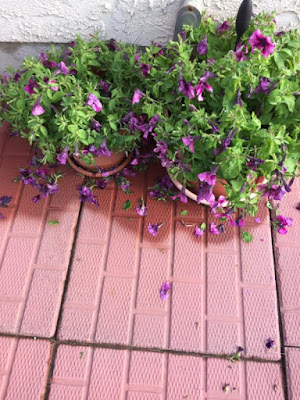 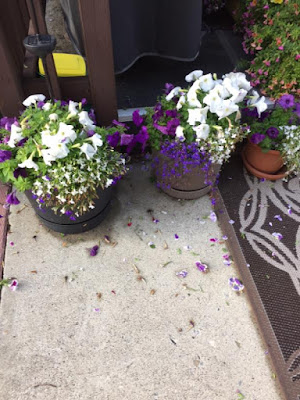 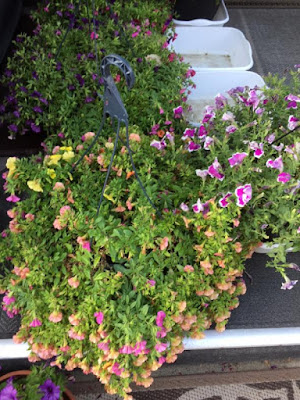 It will probably take me all day tomorrow to clean up and dead head them all,  Hopefully they have time to come back.😢

The poppies have gone crazy this year.  I have dozens of them. 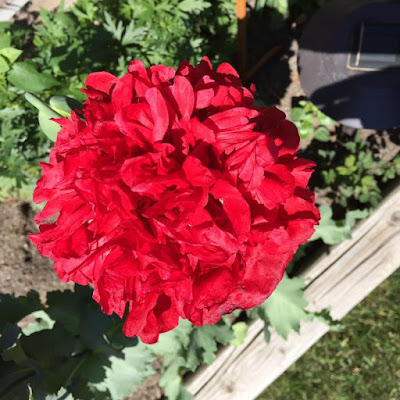 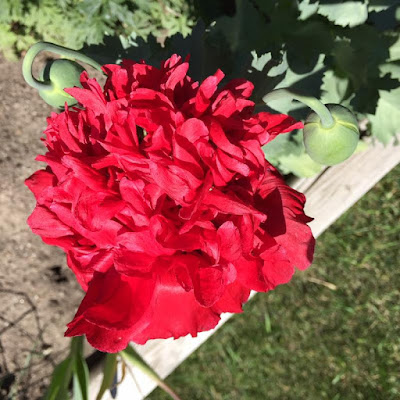 I bought 2 blueberry bushes last year and planted them in the fall.  One of them has blueberries on it.  The other looked like it was getting blueberries but they turned brown and shriveled, so no berries there. 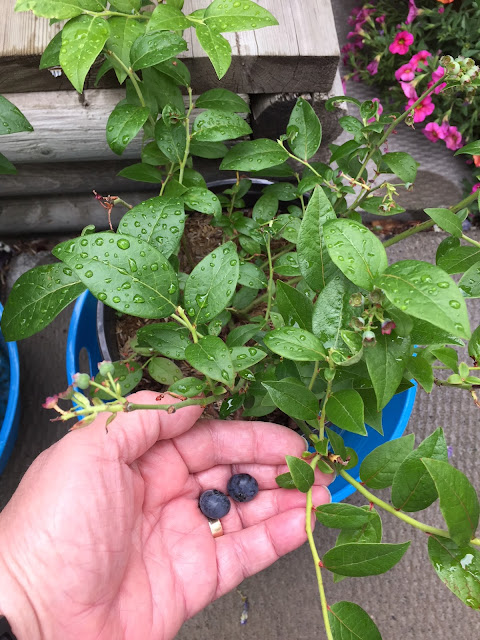 I bought two more bushes a few weeks ago and both have berries forming and this bush pictured had two ripe ones-one for me and one for DH!!

It will be 11 weeks tomorrow with the shingles.  It is actually PHN  (post herpetic neuralgia) now.  After weeks and weeks of excruciating pain it's finally starting to ease off.  I still get the pain but it isn't constant and it's usually when I have been out in the sun (heat), or when I've over done it.  I get periods off feeling good so I think I'll get 'whatever' done and then I pay for it later.  Still can't have a shower without paying for it later!  I'm starting to cut down on the meds.  What a slow process-I mean reducing one pill a week!  After three weeks I've gone from 21 pills a day down to 18!  I'm hoping to speed up this process a bit next week.
So much stuff to get done around here and none of it, or very little, getting done.  Very frustrating.
Bye for now.
Posted by Janice at 10:40 AM 7 comments:
Newer Posts Older Posts Home
Subscribe to: Posts (Atom)