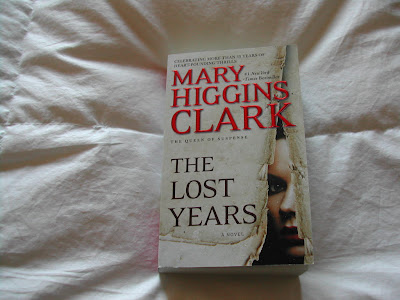 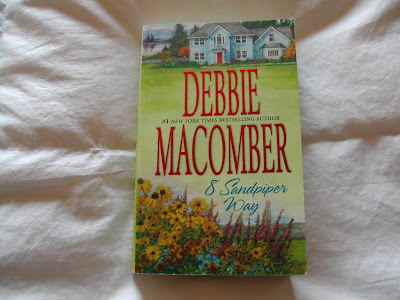 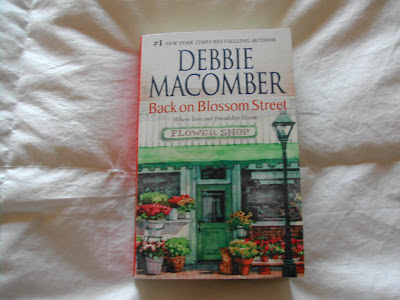 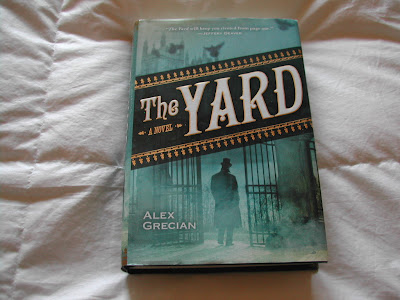 Victorian London is a dangerous and cruel city-a cesspool of crime.  Countless bodies wash ashore on the banks of the Thames each week with their throats slit, and Saucy Jack has, spectacularly, eluded capture.  Londoners have only contempt for their police protectors.  Enter Sir Edward Bradford, the Commissioner of Police, who creates a special team of twelve detectives, and call them the Murder Squad.
Detective Inspector Walter Day is new to the Murder Squad, a country constable who moved to London to provide a more suitable life for his new wife.  When a body is found in an abandoned steamer trunk, it is Day who is called to Euston Square Station.  To his shock and horror, the dismembered corpse belongs to one of his fellow Murder Squad detectives:  Inspector Christian Little.  One of the twelve, now gone.
Little's death galvanizes his comrades at Scotland Yard, and Sir Edward places top priority on solving the case.  Inspector Day, in over his head, solicits help from an unlikely source-Dr. Bernard Kingsley, a coroner at University College Hospital.  Kingsley is a forensic pioneer, but his advancements are ignored by the overworked police force-until Day pays attention.  Meanwhile the killer is not finished with the Murder Squad.  But why?﻿
Posted by Janice at 8:47 PM No comments:

The Ship of Brides by Jojo Moyes 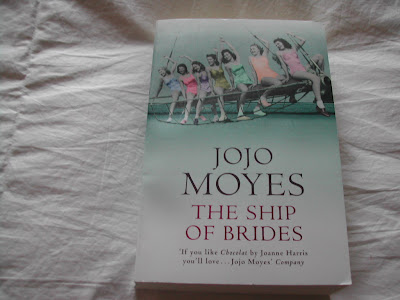 The year is 1946, and all over the world young women are crossing the seas in their thousands en route to the men they married in wartime, and an unknown future.  In Sydney, Australia, four women join 650 other brides on an extraordinary voyage to England-aboard the Victoria, which still carries not just arms and aircraft but a thousand naval officers and men.  Rules of honour, duty, and separation are strictly enforced, from the aircraft carrier's captain down to the lowliest young stoker.  But the men and the brides will find their lives intertwined in ways the Navy could never have imagined.  And Frances Mackenzie-the enigmatic young bride whose past comes back to haunt her thousands of miles from home-will find that sometimes the journey is more important than the destination.﻿

The Litigators by John Grisham﻿ 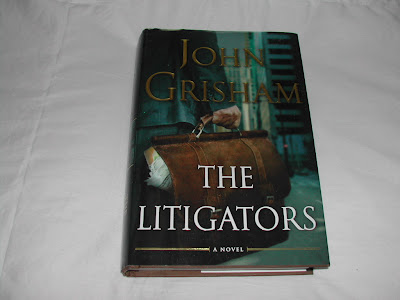 The partners at Finley & Figg-all two of them-often refer to themselves as "a boutique law firm".  Boutique, as in chic, selective, and prosperous.  They are, of course, none of these things. What they are is a two-bit operation always in search of their big break, ambulance chasers who've been in the trenches much too long making way too little.  Their specialities, so to speak, are quickie divorces and DUIs, with the occasional jackpot of an actual car wreck thrown in.  After twenty-plus years together Oscar Finley and Wally Figg bicker like an old married couple but somehow continue to scratch out a half-decent living from their seedy bungalow offices in southwest Chicago.
And then change comes their way.  More accurately. it stumbles in.  David Zinc, a young but already burned-out attorney, walks away from his fast-track career at a fancy downtown firm, goes on a serious bender, and finds himself literally at the doorstep of our boutique firm.  Once David sobers up and comes to grips with the fact that he's suddenly unemployed, any job-even one with Finley & Figg-looks okay to him.
With their new associate on board, F&F is ready to tackle a really big case, a case that could make the partners rich without requiring them to actually practice law.﻿

The Pilot's Wife by Anita Shreve﻿ 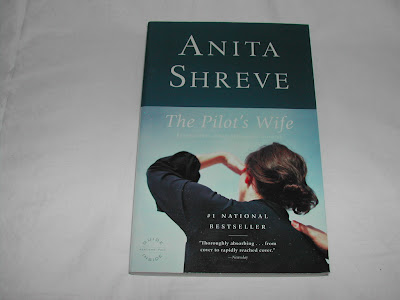 A pilot's wife is taught to be prepared for the late-night knock at the door.  But when Kathryn Lyons receives word that a plane flown by her husband, Jack, has exploded near the coast of Ireland, she confronts the unfathomable-one startling revelation at a time.  Soon drawn into a maelstrom of publicity fueled by rumours that Jack led a secret life, Kathryn sets out to learn who her husband really was, whatever that knowledge might cost.  Her search propels this taut, impassioned novel as it movingly explores the question, How well can we ever really know another person?﻿


Half Broken Horses by Jeannette Walls﻿ 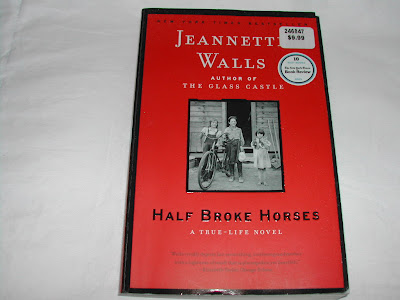 "Those old cows knew trouble was coming before we did."  So begins the story of Lily Casey Smith, Jeanette Walls's no-nonsense, resourceful, and spectacularly compelling grandmother.  By age six, Lily was helping her father break horses.  At fifteen, she left home to teach in a frontier town-riding five hundred miles on her pony, alone, to get to her job.  She learned to drive a car and fly a plane.  And, with her husband, Jim, she ran a vast ranch in Arizona.  She raised two children, one of whom is Jeannette's memorable mother, Rosemary Smith Walls, unforgettably portrayed in The Glass Castle.﻿
Lily survived tornadoes, droughts, floods, the Great Depression, and the most heartbreaking personal tragedy.  She bristled at prejudice of all kinds-against women, Native Americans, and anyone else who didn't fit the mold.  Rosemary Smith Walls always told Jeannette that she was like her grandmother, and in this true-life novel, Jeannette Walls channels that kindred spirit.

The Delta Ladies by Fern Michaels﻿ 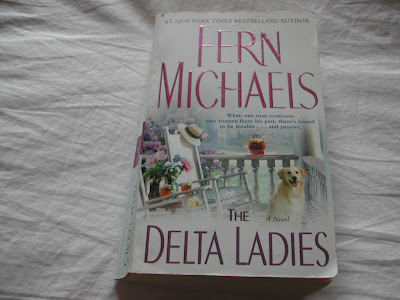 Cader Harris returns to his hometown of Hayden, Louisiana, with the big time behind him and his fortunes depleted.  The time has come for him to face the mistakes of his past and the tempestuous women who still hold his heart:  Irene Hayden, whose father paid Cader to vanish from town some eighteen years ago... and Sunday Waters, the soul mate with whom he once shared a white-hot connection.  Now, under a sizzling Southern sun, Cader will discover how much can change when youthful desire reignites as a blazing passion too hot to handle.﻿ 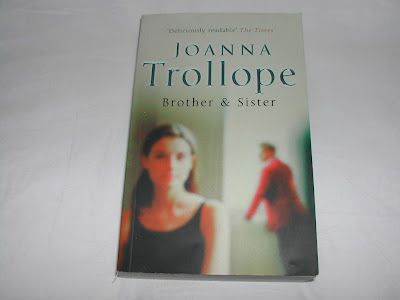 Nathalie and David have been good and dutiful children to their parents.  Now that they are both settled, with partners and children of their own, they are still close.  Good friends.  Brother and sister.  Except they aren't-brother and sister, that is.  Each of them had been adopted when their loving parents, Lynne and Ralph, found that they couldn't have children of their own.  And Nathalie and David have always sworn to each other, and to their families, that it didn't matter.  But it did matter, of course, and when Nathalie discovers a deep need to trace her birth parents, she insists that David makes the same journey.  She also discovers that sometimes the answers-to who we are and where we come from-are harder than the questions...
The Rescue by Nicholas Sparks 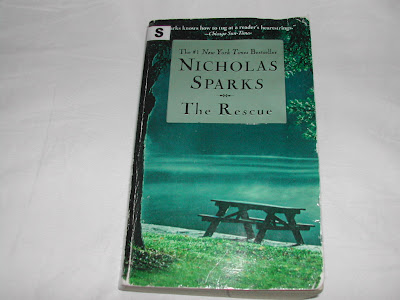 Volunteer fireman Taylor McAden is driven to take terrifying, heroic risks to save lives.  But there's one leap into the unknown he can't bring himself to make:  He can't fall in love.  A man who likes to rescue troubled women, he inevitably leaves them as soon as they want more from him.  Then, one day, a record-breaking storm hits his small Southern town, and Taylor comes across a young single mother named Denise Holton in a crashed car.  When she revives, Taylor finds himself looking for her missing son-and involved in a rescue different from all the others.  This one will require him to open doors to his past slammed shut by pain.  And, with Denise's help, dare him to make the greatest commitment of all:  Love someone forever.  ﻿

That's it for now.
Posted by Janice at 3:36 PM No comments:
Newer Posts Older Posts Home
Subscribe to: Posts (Atom)