The Kite Runner by Khaled Hoeesini 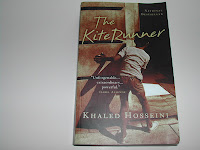 I had heard about this book for a long time but only just got around to reading it.
Amir is the son of a walthy Kabul merchant, a member of the ruling caste of Pashtuns.  Hassan, his servant and constant companion, is a Hazara, a despised and impoverished caste.  Their uncommon bond is torn by Amir's choice to abondon his griend amist the increasing ethnic, religious, and political tensions of the dying years of the Afghan monarchy, and apparently dissolved when Amir and his father flee to California to escape the Soviet invasion, leaving Hassan and his own gentle father to a terrible fate.
But years later, an old family friend calls Amir from Pakistan and reminds him:  "There is a way to be good again."  And Amir jouneys back to a distant world, to right past wrongs against the only true friend he ever had.﻿

The House on Hope Street by Danielle Steele 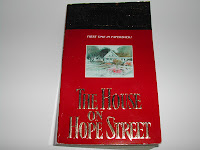 In 18 years of marriage, Liz and Jack Sutherland had built a family, a successful law pracrice, and a happy home near San Francisco on Hope Street.  Then, in an instant, it all fell apart.  It began like any other Christmas morning.  But for Jack Sutherland, a five-minute errand ends in tragedy.  And suddenly, Liz is alone, in the wake of an unbearable loss.
Powered by her children's love, Liz finds the strength to return to work, to become both mother, and father.  One by one the holidays come and go, until a devastating accident sends her oldest son to the hospital-and brings Dr. Bill Webster into her life.  Bill becomes a friend to Liz as he slowly heals her shattered son.
With the first anniversary of Jack's death approaching, and with it another Christmas in the house on Hope Street, a new relationship offers new hope, and Liz reflects on the little blessings that give strength when nothing else is left.  But she will face one more crisis before she can look ahead to the beginning of a new life.

The Pact by Jodi Picoult 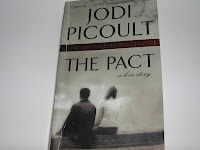 Until the phone calls came at three o'closk on a November morning, the Golds and their neighbours, the Hartes, had been inseparable.  It was no surprise to anyone when their teenage children, Chris and Emily, began showing signs that their relationship was moving beyond that of lifelong friends.  But now seventeen year old Emily is dead-shot with a gun her beloved and devoted Chris pilfered from his father's cabinet as part of an apparent suicide pact-leaving two devasted families stranded in the dark and dense predawn, desparate for answers about an unthinkable act and the children they never really knew.

Dancing in the Dark by Maureen Lee 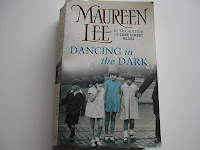 When Millie Cameron is asked to sort through the belongings of her Aunt Flo, who recently died, she is not at all happy.  She hardly knew here aunt, and besides, Millie has a busy life and her own career to think of.  She certainly wants nothing to do with the seemingly sull, spinster aunt the family refuse to talk about.
However, Millie seems to have little choice but to go to Flo's basement flat and begin the tedious task.  But as dusk falls and Millie sorts through her aunt's collection of photographs, letters and newspaper cuttings, her interest is surprisingly awakened.  Millie finds herself embarking on a journey-a journey to a past which includes a lost lover and a secret child.  And Millie makes the startling discovery that all the threads lead to a shocking conclusion. 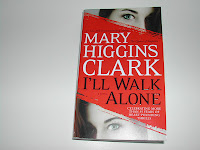 Alexandra "Zan" Moreland, a gifted interior designer, is  haunted by the disappearance of her son two years ago from Central Park.  Now, on what would be Matthew's fifth birthday, she is terrified to discover that not only is somebody using her credit cards and manipulating her financial accounts but photos have surfaced that seem to implicate her in the kidnapping.
Hounded by the press, under investigation by the police, attacked by both her angry ex-husband and a vindictive business rival, Zan sets out to find the mastermind behind the cruel hoax.  What she does not realize is that every step she takes towards the truth is putting her-and those she loves most-in mortal danger.  Zan is beginning to doublt her own sanity when, in the kind of fast paced ending the pieces of the puzzle fall into place with an unexpected and shocking revelation.
Posted by Janice at 2:01 PM 1 comment:
Newer Posts Older Posts Home
Subscribe to: Posts (Atom)