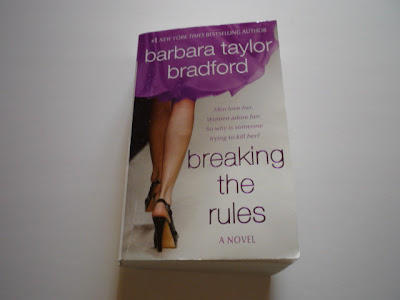 Following a terrifying encounter, a beautiful young woman flees her quiet English countryside in search of a new life. She adopts the initial M as her name and embarks on a journey that will lead her onto the catwalks of Paris to New York, where she meets and soon marries a handsome Hollywood actor. M believes she has truly put the demons of her earlier days behind her. But life in the spotlight is about to take a dark turn. Someone from her past, a psychopath with deadly intent, has made a vow to shatter M's world forever. M also makes a vow: to do everything in her power to keep herself safe and protect her loved ones-even if that means breaking the rules. 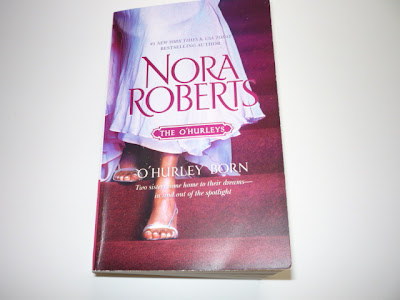 Two stories in one book.
The Last Honest Woman
If sex sells, then so do lies-especially when the truth is revealed. And cynical journalist Dylan Crosby knew that the just-a-simple-widow routine Abby O'Hurley was giving him wasn't anything close to the truth. There was a story there. All he had to do was turn on the charm, turn down the lights and she would whisper all her secrets. Unless she uncovered his first.


Dance to the Piper
Maddy O'Hurley shone in the spotlight. Her passion for dancing set the stage aflame and left no one in her audience unaffected-including business mogal Reed Valentine. But Reed wasn't used to burning-not for anything or anyone. And he wasn't about to let the ruthless business skills he honed be affected by wild passion. So was he prepared to fight fire with fire?
More light reading with the usual predictable endings. 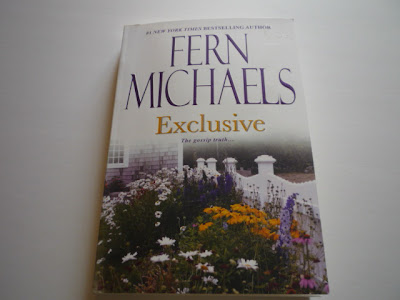 When Toots Loudenberry relocated to Los Angeles from South Carolina to be near her daughter, Abby, she expected to bump into the occasional celebrity. She just never expected them to be dead. Meanwhile, Toots, Sophie, and Mavis are concerned that the prestigious Dr. Sameer's budding romance with Ida may have something to do with his ailing bank balance. And Abby's attempted makeover of the celebrity magazine the Informer into the most talked-about tabloid in town could end more than just her career.
But the Godmothers wouldn't be Godmothers if they weren't pulling a few behind-the-scenes strings, and Abby's hopes of changing the fortunes of The Informer are still alive. Yet it'll take an assist from a source no one could have predicted, let alone see, to secure a story that will shake Tinseltown to its very core.


This was cute and funny although I think its part of a continuing story that I haven't read.
Bye for now.
Posted by Janice at 4:35 PM 1 comment:

I changed the picture in my header.

I received this beautiful orchid as a Christmas present. It is absolutely gorgeous and has more than 20 flowers on it. It started out with four leaves but it is down to one now. I think I may have messed up . I was listening to a gardening show on the radio shortly after Christmas and they were saying that if you received an orchid and it is in moss take it out . So I took all the moss out and I was sure that they said to replace it with rock, so I did. Of course, now I'm thinking how will it retain water for the roots in rocks? I think that is why I've lost three of the leaves. I've only just lost one flower so that is pretty good as it's six weeks since Christmas. I think I need to get some wood chips and replace most of the rocks with that. Hopefully it doesn't die on me!!