The Institute by Steven King 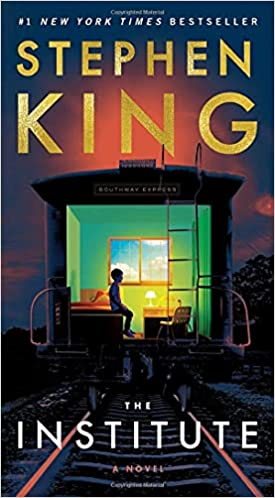 In the middle of the night, intruders silently murder young Luke Ellis's parents and steal him away from his suburban Minneapolis home-an operation that takes less than two minutes.  Luke will wake up in a faraway room that looks just like his own, except there's no window.  And outside his door are several other doors, behind which are several other kids with very special abilities, who arrived at wherever here is in the me way Luke did.  They're all confined to the area known as Front Half, which is a good thing-no one ever  returns from Back Half.  Nevertheless, the incarcerated children are intended to serve, given that the staff is ruthlessly dedicated to extracting the force of their extranormal gifts.   Cooperation is rewarded and resistance is punished, brutally.  As each new victim disappears to Back Half, Luke becomes increasingly desperate to somehow find a way out  and get help-even though no one has ever escaped from the living hell known as the Institute....

Being a Stephen King fan I wasn't disappointed in this book.  It is brutal and horrifying in the way that the children who are taken to the institute are treated.  the kids are all telepaths are telekinetic.  The people at the institute want to tap into these gifts, at any cost, but  find the tables turned on them 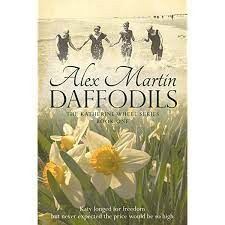 Katy, a maidservant at Cheadle Manor, longs to escape her narrow life but events unfold slowly in her rural village. Jem Phipps has always loved Katy. His proposal of marriage rescues her from scandal but after tragedy strikes, Jem becomes a reluctant soldier on the battlefields of The First World War, leaving Katy behind, restless and alone. Lionel White, the local curate, has just returned from India bringing a dash of colour to the small village and offers Katy a window on the wider world. Only when Katy joins up as a WAAC girl does she finally break free from the stifling class-ridden hierarchies that bind her but the brutality of 20th-century global war brings home the price she has paid for her search. Through the horrors of WW1, she discovers only love brings freedom. In essence, Daffodils is a love story, whose tender heart is almost torn apart through this tumultuous time.
I enjoyed this book, only to find out at the end of the book that it was #1 in a series.  Hopefully I will come across more of the books as I did enjoy this one.
An Irish Country Family by Patrick Taylor 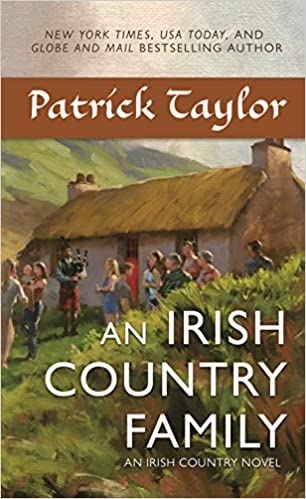 Before Dr. Barry Laverty joined Dr. Fingal O'Reilly's practice in the colourful Irish village of Ballybucklebo, he was an intern, working long hours, practicing new medical techniques, falling in love, and learning what is most important for a family physician-the bonds of family, friendships, and human kindness.
Years later, in this lovely village where neighbours look after neighbours, Barry practices everything he has learned.  And while his own efforts to start a family with his wife, Sue, have been frustrated, the community around him couldn't be stronger as they work together to show their solidarity.
Shifting effortlessly between the two periods, Patrick Taylor continues the story of these beloved characters while vividly bringing the daily joys and struggles of this delightful Irish village to life.
Another good, light, quick read of life in an Irish village.
Ravenstone: The Complete Saga by M.S.Verish
-Legend of Ravenstone
-Curse of the Ravenstone
-The Hawk's Shadow 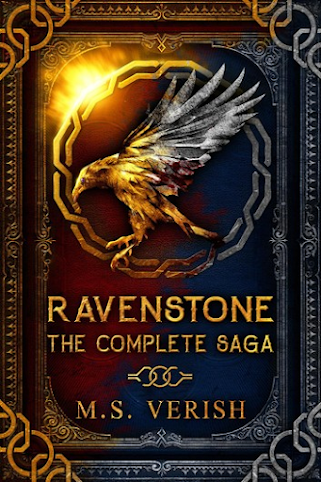 When a mysterious and manipulative wizard, learns the deadly relic know as the Ravenstone has been uncovered by a self-proclaimed regent known as the Priagent, he hastily assembles a group of mismatched travelers to steal and deliver it to safety. The unlikely company sent to retrieve it consists of Arcturus, an exiled politician with a fondness for wine, Kariayla, a winged slave girl on a quest for redemption, Jinx, an unlucky thief and his imp counterpart, and Hawkwing, the wizard’s personal spy, at the helm.Distrust, secrets, and inexperience threaten to compromise the mission as the group is forced to travel in the company of the enemy. Doubt turns to the wizard who employed them on this precarious quest, and as the Priagent marches toward his goal, a second Cataclysm is imminent. Yet even he is driven by another—a darker force that has yet to reveal itself.The Ravenstone's ominous Shadow obscures the fate of Secramore, and unless the threat is vanquished, none will be spared the curse of its darkness.
Even though this is two books and a novella I'm just counting it as one book. Once you get all the characters and their names sorted out in your mind this is a really good fantasy story.  The ending wraps up some loose ends but there are still some unanswered questions so it is very evident that there are more books to come.
Sisters of War by Lana Kortchik 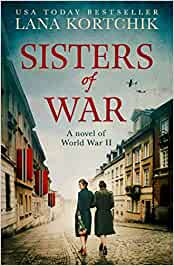 Kiev 1941: Watching the Red Army withdraw from Ukraine in the face of Hitler's relentless advance, sisters Natasha and Lisa Smirnova realise their lives are about to change forever.
As the German army occupies their beloved city, the sisters are tested in ways they never thought possible.  Lisa's fiancé Alexei is taken by the invading army, whilst Natasha falls in love with Mark-a Hungarian soldier, enlisted against all his principles on the side of the Nazis.
But as Natasha and Lisa fight to protect the friends they hold dear, they must face up to the dark horrors of war.  Will they be strong enough to overcome the forces which threaten to tear their family apart?
I did enjoy this book and it was a very quick, engrossing read. It is very sad for the most part with all the hardships the family have to go through. Ironically the ending was almost too happy if that makes sense.  I feel that in that era the outcomes wouldn’t be that great.
Well, that's the last of the books for 2021.  That's more books than I've read in one year since I've been keeping track.