A Wise Child by Elizabeth Murphy﻿ 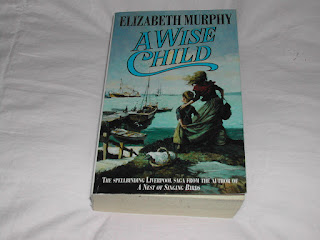 Born at the turn of the century, in a dilapidated house in Bootle, near the Liverpool docks, Nellie Williams endures a childhood of drudgery and ill treatment by her mother.  She escapes into domestic service with a kindly employer, but when he dies, she is taken on by Joshua Leadbetter.  He rapes the innocent girl and she flees home.
Nellie's mother is dead but old Janey, a scheming lodger, quickly arranges a marriage between the girl and Sam Meadows, a seaman who once befriended her.  The rape is concealed from Sam and when Nellies' son is born eight months later, there is a doubt about his parentage.  Suspicions on Sam's part and guilt on Nellie's spoil their happiness every time Sam comes ashore.
The child, Tommy, is the pride and joy of both his parents, but Nellie's ambitions for their son makes Sam feel that the boy is growing away from him.  False friends fan these insecurities and after a prolonged drinking bout Sam sails for America.  As a result of a further misunderstandinn, Sam jumps shi[-abondoning all he holds dear.
Believing herself a widow, Nellie works hard to support herself and her child.  Too late, she and Sam, so far apart, realise the depth of their love and Sam bitterly regrets his doubts.  Many years pass before the mystery of Tommy's parentage is solved in a most unexpected way. 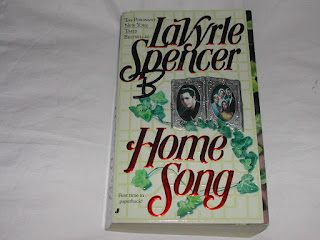 Principal Tom Gardener comes face-to-face with a past indiscretion when a new student transfers to his school:  Kent Arens.  Tom only has to look at him to see that this teenager is the son he never knew he had, the result of a one-night stand on the eve of Tom's wedding years before.  Though impressed with the intelligent, athletic, and polite young man, Tom is devastated by the effect of Kent's presence on his family.  To Tom's wife, Claire, Kent is the symbol of an act of betrayal so wrenching she cannot forgive her husband.  To their daughter, Chelsea, he is the boy she begins to fall for-until she learns the truth.  And to their son, Robby, he is a rival in the classroom and on the football field-and the force driving his parents apart.  As the Gardners careen toward disaster, they test the foundation of trust and respect that their family was built on...and learn that love leaves no choice but forgiveness.

The Grafton Girls by Annie Groves 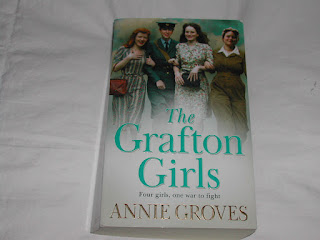 When Diane Wilson leaves Cambridge for Liverpool, to work as a teleprint operator, she is intent on mending her broken heart.  But will hundreds of miles ease the pain of her betrayal?
Meanwhile, mean-spirited Myra Stone awaits her new roommate.  From the moment she sees Diane, she knows they aren't kindred spirits.  But soes Myra's bitterness belie a secret heartche?
Ruthie joins the munitions factory, where it's tough, relentless work.  But she is befriended by lively Jess Hunt, who injects fun into the drab surroundings.  Until, one day, a troublemaker tries to undermine the friendship...
All four women are brought together at The Grafton, the local dance hall favoured by American GIs as well as the local servicemen.  In this heady, uncertain time, infatuation and passion blossom.  But will each girl find true love-or true heartache? 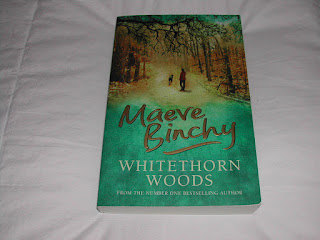 The people of Rossmore are divided, particularly since the road will go right through the Whitehorn Woods and the well dedicated to St Ann-a well thought by some to have near spiritual properties, and by others dismissed as a superstition.  No one is more concerned than the honest and well-meaning curate Father Brian Flynn, who has no idea which faction to support.  Surely Neddy Nolan's family should take the compensation being offered for the land?
But wasn't Neddy's mother given a cure at the well many years ago?  And what about the childless London woman who came to the Whitehorn Woods, begging the saint for help, with the most unexpected consequences?

Break no Bones by Kathy Reichs 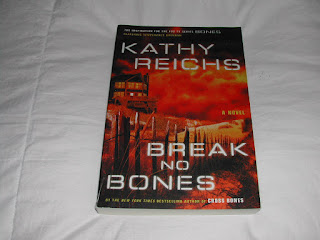 Summoned to South Carolins to fill in for a negligent colleague, Tempe is stuck teaching a lackluster archaeology field school in the ruins of a Native American burial ground on the Charleston shore.  But when Tempe stumbles upon a fresh skeleton among the ancient bones, her ole frien Emma Rousseau, the local coroner, persuades her to stay on and help with the investigation.  The body count begins to climb.  Tempe follows the trail to a free street clinic with a belligerent staff, a susspicious doctoe, and a donor who is a charismatic televangelist.  Tempe's love life is also complicated.  Ryan, her current flame, has come down to visit her from Montreal, and Pete, her former husband, is investigating the disappearance of a local woman-and he and Tempe are staying in the same borrowed beach house.  Ryan and Pete compete for her attentions, and Tempe finds herself more distracted than she expected by her feelings for both men. 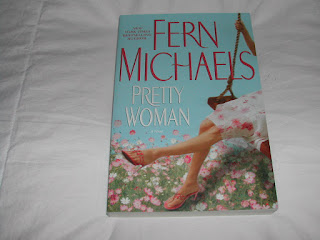 Meet Rosie, an overweight woman who sets out to improve her life by losing fifty-five pounds-and ends up changing much more than her dress size...
Rosie Gardener fell under the spell of handsome Kent Bliss, and not even her best friend Vickie could persuade her that her fance was a two-timing cad.  Now it's her third wedding anniversary, and Rosie, overweight and fed up with Kent's mistreatment, realizes her ex-best friend was right about Kent.  But the day after kicking him out and beginning a diet and ezercise regime, amother life-changing event occurs:  She wins $302 million in the Wonderball lottery.
With her ex lurking in the shadows to claim a share of her money, Rosie needs her friends more than ever=and when Vickie returns to Savannah, Rosie learns the power of forgiveness.  Under the eye of sexy personal trainer Jack Silver, a new Rosie emerges.  Now, no one will stop this pretty woman from jumping into life and love with a passion she didn't know she possessed

The Forgotten Garden by Kate Morton 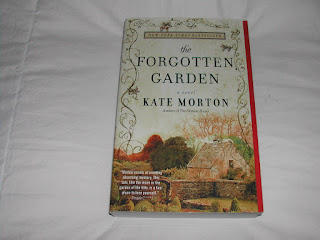 A tiny girl is abandoned on a ship headed for Australia in 1913.  She arrives completely alone with nothing but a small suitcase containing a few clothes and a single book-a beautiful volume of fairy tales.  She is taken in by the dockmaster and his wife and raised as their own.  On her twenty-first birthday, they tell her the truth, and with her sense of self shattered and very little to go on, "Nell" sets out to traceher real identity.  Her quest leads her to Blackhurst Manor on the Cornish coast and the secrets of the doomes Mountrachet family.  But it is not until her granddaughter, Cassandra, takes up the search after Nell's death that all the pieces of the puzzle are assembled.

The Distant Hours by Kate Morton﻿ 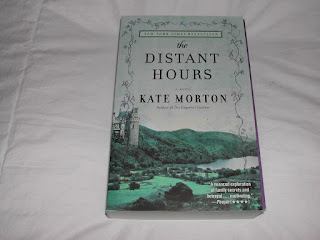 It starts with a letter, lost for half a century and unexpectedly delivered to Edie's mother on a Sunday afternoon.  The letter leads Edie to Milderhurst Castle, where the eccentric Blythe spinsters live and where, she discovers, her mother was billeted during World War II.  The elder Blythe sisters are twins and have spent most of their lives caring for their younger sister, Juniper, who hasn't been the same since her fance jilted her in 1941.
Inside the decaying castle, Edie searches for her mother's past but soon learns that there are other secrets hidden in its walls.  The truth of what happened in "the distant hours" has been waiting a long time for someone to find it.

The House at Riverton by Kate Morton﻿ 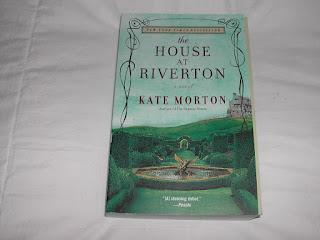 Grace Bradley was just a girl when she began working as a servant at Riverton House.  For years, her life was inextricably tied up with the glamorous and eccentric Hartford family's daughters.  Hannah and Emmeline.  Then, at a glittering society party in the summer of 1924, a young poet shot himself.  The only witnesses are Hannah and Emmeline, and only they-and Grace- knew the dark truth.
Many years later, when Grace is living out her last days in a nursing home, she receives a visit from a young director who is making a film about the events of that summer.  The directoe takes Grace back to Riverton House and reawakens her memories of the last days of Edwardian aristocratic privilege, of the vibrant twenties and of a stunning secret that Grace kept all her life.
Phew, that's it for 2012.
Posted by Janice at 5:05 PM