This was such a surprise this morning to see this very tiny guy run across our front lawn.  Now I have to confess that this picture is not the actual fawn I saw.  He was too fast so I stole a picture from google images as he looked exactly the same.  As you would know by my blog we have lots of deer in our neighbourhood and have had for many years but I have never seen one this young. 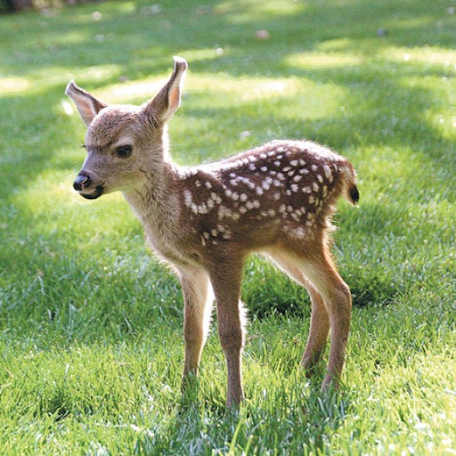 He went to the neighbours yard and hid behind a bush on their lawn.  This next picture is an actual picture of him.  The neighbour phoned 'Fish and Wildlife' and they said that mom would come back for him probably in a couple of hours.  Apparently she puts the fawn in a safe place and then she goes away to eat.  When she comes back. several hours later, she will then feed the baby.  Obviously the little one didn't stay where she put him as he was running around and found a new hiding place. He probably got in trouble when she finally found him for not staying put where she put him.  The fawn was gone by supper time so I hope they were reunited and went off to a new hiding place. 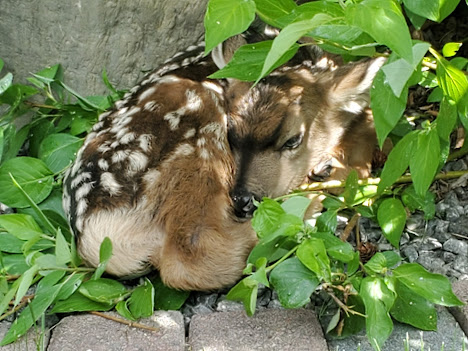